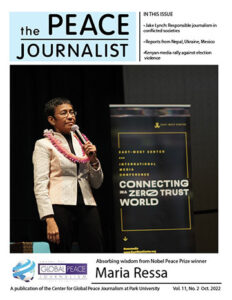 The October 2022 edition features a special report on a project that brings together Pakistani and Indian journalists, as well as dispatches from Ukraine, Cameroon, and Italy. 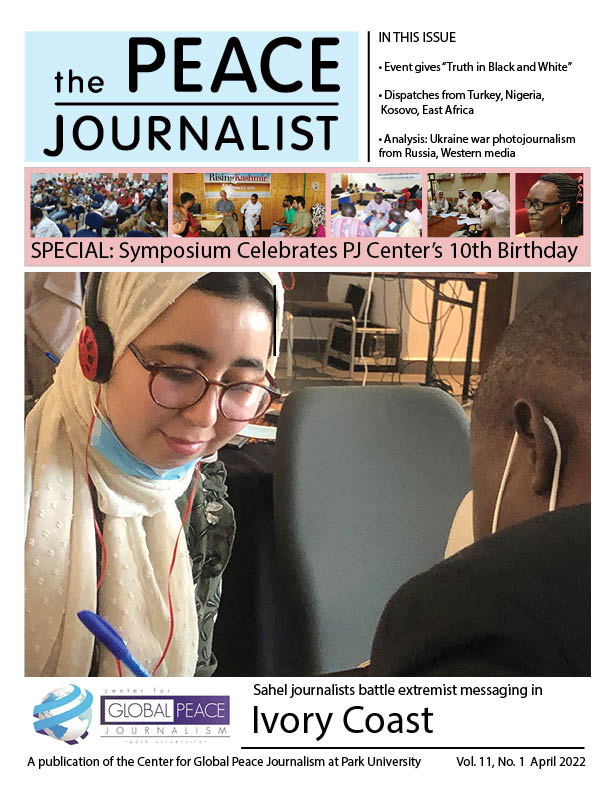 The April 2022 edition features a special report about the Center for Global Peace Journalism’s 10th anniversary celebration; dispatches from Kosovo, Nigeria, and East Africa; and an analysis of Western and Russian photojournalism from the Ukraine war.

The Peace Journalist is a semi-annual publication of the Center for Global Peace Journalism at Park University in Parkville, Missouri. The Peace Journalist is dedicated to disseminating news and information for and about teachers, students, and practitioners of peace and conflict sensitive journalism. Submissions are welcome from all. We are seeking shorter submissions (300-500 words) detailing peace journalism projects, classes, proposals, etc. We also welcome longer submissions (800-1200 words) about peace or conflict sensitive journalism projects or programs, as well as academic works from the field.