Apply Request Info Plan a Visit Chat With Us 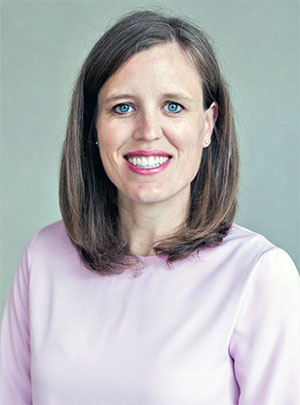 Park University has announced it has appointed Kristin Gillette to be its next director of athletics following a nationwide search. Gillette will officially begin her role at Park on Thursday, Oct. 28.

Oct. 12, 2021 — Park University has announced it has appointed Kristin Gillette to be its next director of athletics following a nationwide search. Gillette will officially begin her role at Park on Thursday, Oct. 28.

Gillette, a resident of Roeland Park, Kan., previously served as associate director of athletics/compliance at MidAmerica Nazarene University in Olathe, Kan. She takes over the Pirates athletics programs following the retirement of Claude English in August after a 25½-year stint.

While at MNU, Gillette coordinated long-range plans for athletics, including NAIA compliance, financial aid, staffing, strength and conditioning, academic services and recruiting. She also managed game operations for football, men’s and women’s soccer and basketball, women’s volleyball and competitive cheer, and provided administrative oversight of Heart of America Athletic Conference and National Association of Intercollegiate Athletics opening round championships hosted at MNU. In addition, she served as liaison to the Association of Student-Athletes Leadership Council.

Prior to joining MNU, Gillette spent nine years at the NAIA in Kansas City, Mo., serving as the director of Champions of Character for six years and three years managing national championships. While at the NAIA, she created the Champions of Character Live 5 program, an online student-athlete NAIA core values (integrity, respect, responsibility, sportsmanship and servant leadership) training. In addition, she worked with councils and committees focused on the health and well-being of student-athletes, while also working directly with student-athletes in various national programs. Gillette also served as liaison to the NAIA’s Leadership, Diversity and Inclusion Committee from 2009-17 and the New Member Site Visit Committee from 2015-17.

Gillette also spent time as the sports director at the Paul Henson Family YMCA in Prairie Village, Kan., and she served as the girls basketball head coach at The Barstow School in Kansas City, Mo., for two years and an additional two years as a girls basketball assistant coach at The Pembroke Hill School in Kansas City, Mo., helping lead the Raiders to the Missouri Class 3A state championships in 2005 and 2006.

A four year, private, nonprofit liberal arts education is accessible and affordable to all.

We proudly serve those who serve our country. Explore programs and benefits especially for service members and their families, online and on military installations nationwide.

Experience personal and affordable education in the heart of the Midwest, as an online student, or at one of our campus centers across the U.S.

No matter where you began your academic journey, Park University welcomes you. Find out how you can maximize the credits you've earned while completing your degree, your way.

Career changers and career advancers: We offer a number of convenient options to help you balance school and life, including night, weekend and online classes.

With our flagship campus in Parkville, our new residential campus in Gilbert, campus centers across the US, and over 60 online degrees, your goals are just within reach. 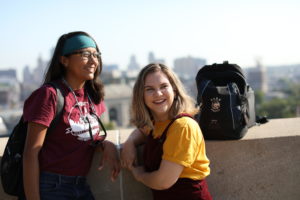 Park University does not discriminate in employment or in administration of its educational policies, admissions policies, scholarship and loan programs, and athletic and other school-administered programs.

For more information on Title IX, go to https://www.park.edu/title-ix/.