Aug. 23, 2022 — A presentation on “U.S. – China Relations in an Increasingly Tense World” will be the focus of Park University’s 30th annual Dr. Jerzy Hauptmann Distinguished Guest Lecture Series on Wednesday, Sept. 14, starting at 4 p.m. in the Jenkin and Barbara David Theater inside Alumni Hall on the University’s flagship Parkville Campus. Admission to the lecture is free and open to the public. The lecture will also be livestreamed via Park’s video portal at park.edu/hauptmannlecture. 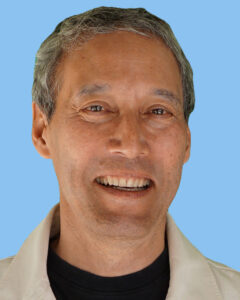 This year’s Hauptmann Lecture speaker will be David C. Kang, Ph.D., the Maria Crutcher Professor of International Relations and professor of international relations, business and East Asian languages and cultures at the University of Southern California. He also serves as director of the Korean Studies Institute.

During the lecture, Kang said he will focus on how he believes the media and Washington, D.C., establishment are full of dark worries about worsening relations between the U.S. and China, and perhaps an inadvertent war. “Much of the discussion ignores what is actually happening in the region,” Kang said. “Within East Asia itself, relations are far more benign than normally realized. There is no incipient containment coalition against China. East Asian countries have to live with China and are crafting economic, institutional and diplomatic means of doing so. The implications for the U.S. are profound. The U.S. should focus on economic, commercial and diplomatic means of addressing China and the region, not the military.”

A former Fulbright Scholar, Kang has authored five books, the most recent being American Grand Strategy and East Asian Security in the 21st Century in 2017. Other books he has authored or co-authored include: East Asia Before the West: Five Centuries of Trade and Tribute; China Rising: Peace, Power and Order in East Asia; Crony Capitalism: Corruption and Development in South Korea and the Philippines; and Nuclear North Korea: A Debate on Engagement Strategies. A scholarly article he co-authored, “Testing Balance of Power Theory in World History” was named best article for 2007-09 by the European Journal of International Relations. Kang earned his doctorate degree in political science from the University of California, Berkeley and a Bachelor of Arts degree in international relations and anthropology from Stanford University.

The lecture series is named in honor of the late Park University professor emeritus of political science and public administration, Jerzy Hauptmann, Ph.D. Hauptmann taught at Park for more than 50 years, and launched the University’s first graduate degree program in 1982. In 2001, Park’s School for Public Affairs was renamed the Hauptmann School of Public Affairs in honor of this remarkable educator.

A presentation on “U.S. – China Relations in an Increasingly Tense World” will be the focus of Park University’s 30th annual Dr. Jerzy Hauptmann Distinguished Guest Lecture Series on Wednesday, Sept. 14, starting at 4 p.m. in the Jenkin and Barbara David Theater inside Alumni Hall on the University’s flagship Parkville Campus.