Garber-Miller Appointed Dean of College of Education and Health Professions

Park University has appointed Karen Garber-Miller, Ph.D., as dean of the College of Education and Health Professions. Garber-Miller began her role at Park on Aug. 5. As dean of the CEHP, Garber-Miller will oversee the University’s School of Education and the School of Behavioral and Health Sciences, which includes the departments of nursing, social work, and psychology and sociology. She is responsible for the curricular, personnel, budgetary and administrative affairs of the CEHP while providing visionary leadership, strategic thinking, creative planning and a determined management style to address opportunities and challenges.

Prior to joining Park, Garber-Miller served as the dean of the School of Education at Avila University in Kansas City, Mo., from 2012-18, and as dean and chair of the School of Education and Psychology from 2001-03. While at Avila, she held the faculty rank of professor and also held faculty positions as associate professor, assistant professor and lecturer. In addition, Garber-Miller served as chair of teacher education at MidAmerica Nazarene University in Olathe, Kan. Earlier in her career, she served as an instructor at Johnson County (Kan.) Community College and as a high school teacher at Olathe South High School and Piper (Kan.) High School. Read more about Garber-Miller at park.edu/news/garber-miller.

Throughout the weekend, food and toiletries for Park University’s Pirate Pantry, which was established last year to help alleviate food insecurity among the University’s students, will be accepted. For more information about the public events, visit park.edu/news/homecoming-weekend-2019. To purchase tickets for the Alumni Association Alumni Awards program or Wall of Honor breakfast, visit park.edu/homecoming or contact the University’s Office of Alumni Relations at alumnioffice@park.edu / (816) 584-6209. 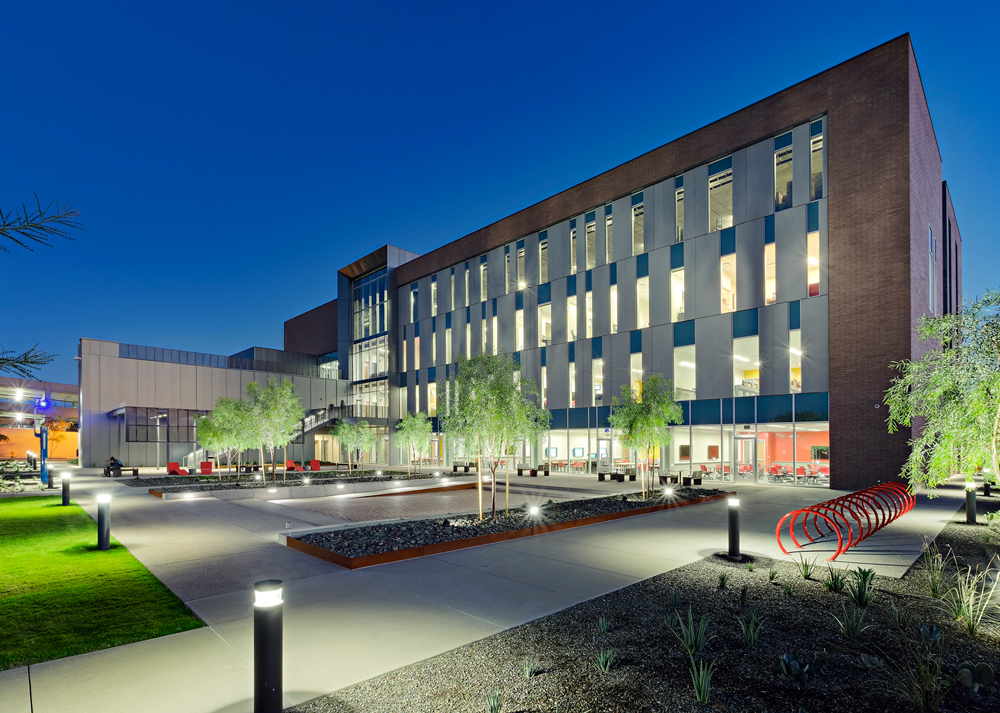 Park University is expanding its Gilbert (Ariz.) Campus space at the University Building located in Gilbert’s Heritage District. On Aug. 1, the Gilbert Town Council approved a lease amendment in support of Park increasing its footprint from just under 11,000 square-feet to nearly 18,000 square-feet. The University has experienced great success since launching classes in Gilbert in Fall 2018. The University expects enrollment at the start of the Fall 2019 semester — the beginning of the University’s second year in Gilbert — to exceed its projections. The amendment also expands the University’s initial three-year lease term to a five-year lease term through June 30, 2023. Park also kicked off its inaugural season of intercollegiate athletics this month at the Gilbert Campus. A complete schedule is available at gilbert.parkathletics.com. Read more at park.edu/news/gilbert-campus-expansion.

Grandson of Mahatma Gandhi to Speak at Park University

Park University’s Center for Global Peace Journalism will host a pair of events in the Kansas City area in late August featuring historian, journalist and peacebuilder Rajmohan Gandhi, the grandson of Mahatma Gandhi, in celebration of the 150th anniversary of his birth. On Monday, Aug. 26, Park University will present a program on “Gandhi: The First Peace Journalist” starting at 7 p.m. in Graham Tyler Memorial Chapel on the University’s Parkville Campus. The discussion will include: Rajmohan Gandhi; Abhijit Mazumdar, Ph.D., assistant professor of journalism at Park; and Cynthia Lukas, co-producer of the documentary “Gandhi’s Gift.” Steve Youngblood, director of the CGPJ and associate professor of communications, will moderate the event, which will include an examination of Mahatma Gandhi as a journalist and his promotion of journalism as a tool for societal development and peace.

The following evening (Tuesday, Aug. 27), Rajmohan Gandhi will present a symposium on “The Status of Peacebuilding Between India and Pakistan” starting at 7 p.m. in Hudson Auditorium on the campus of Johnson County Community College in Overland Park, Kan. A reception will precede the presentation starting at 6:30 p.m. Admission to both events are free and open to the public. For more information, visit park.edu/news/rajmohan-gandhi-visit.

A presentation on “Can America Still Have a Successful Foreign Policy?” will be the focus of Park University’s 27th annual Dr. Jerzy Hauptmann Distinguished Guest Lecture Series event on Thursday, Sept. 12. This year’s lecture will be held in the Jenkin and Barbara David Theater within Alumni Hall on the University’s Parkville Campus starting at 6:30 p.m. Admission to the event is free and open to the public, but attendees are requested to register at park.edu/hauptmann2019. 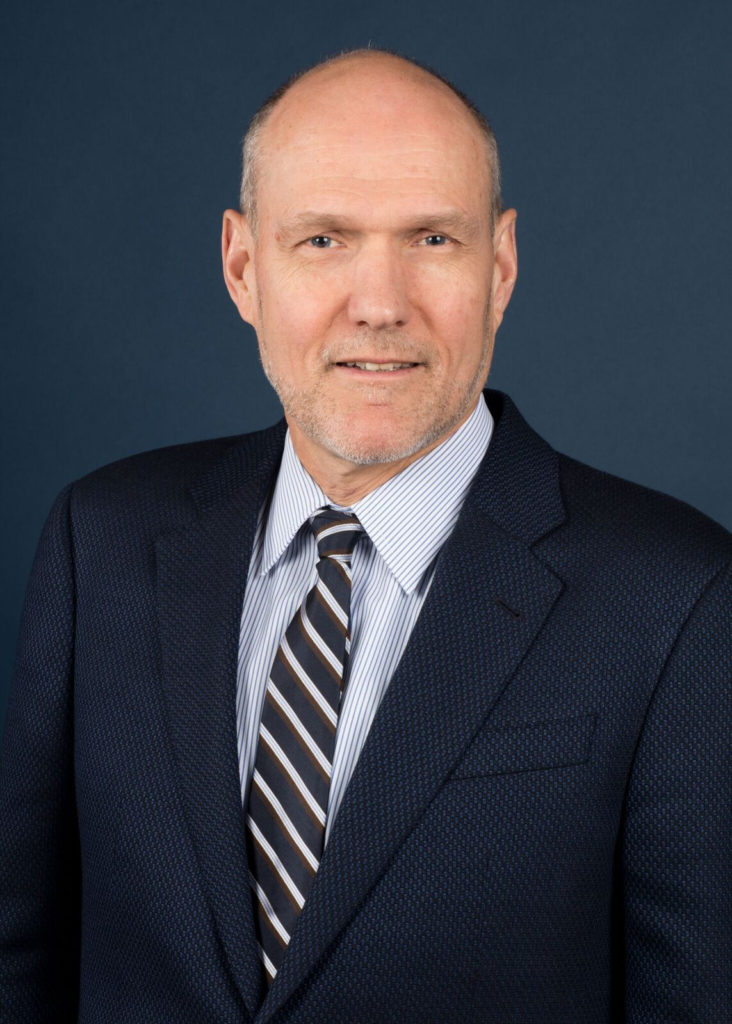 This year’s Hauptmann Lecture featured speaker will be Stephen Walt, Ph.D., the Robert and Renée Belfer Professor of International Affairs in the John F. Kennedy School of Government at Harvard University. Walt’s presentation will look at how U.S. foreign policy veered off-course and what must be done to get it back. He will explain the sources of recent foreign policy failures and offer an alternative grand strategy that would be better for the U.S. and the rest of the world. Read more about Walt and this year’s Hauptmann Lecture at park.edu/news/hauptmann-lecture-2019/.

The Freedom to Read Foundation has awarded a $1,000 grant to Park University’s McAfee Memorial Library in support of 2019 Banned Books Week events (Sept. 22-28). The grant, a project of FTRF’s Judith F. Krug Memorial Fund, supports a wide range of read-outs, displays, discussions, performances and other educational initiatives that will engage communities in dialogues about censorship and the freedom to read. Park’s Banned Books Week project will be themed “Love is Love” with a focus on banned books featuring LGBTQIA+ characters, authors and content. 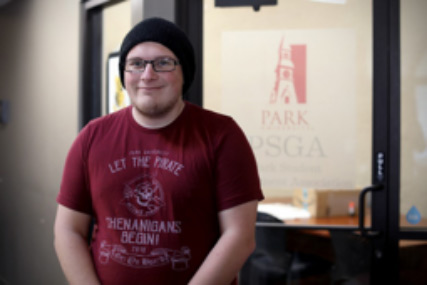 The heart and soul of Park University lies within the spirit of the people who represent the institution in the classroom and community. The Office of University Engagement’s new “Park Stories” initiative showcases fun and inspiring features highlighting Park University students, faculty, staff and alumni. These stories will be shared periodically in The Crow’s Nest. This edition’s installment highlights Jesse Patrick, senior information and computer science major. Read about Patrick at advancing.park.edu/empowered-and-engaged-jesses-journey.

Brent Short, director of library services, had three poems published in the recent edition of Saint Katherine Review, a journal of poetry, fiction, creative nonfiction and reviews. The titles of the published poems are “Silent Witness,” “Men as Trees” and “God Speaks.”

Andrew Johnson, Ph.D., professor of psychology, was a visiting scholar at the Universidad Panamericana International Summer in Aguascalientes, Mexico. Johnson taught a class on aesthetics and the creative process to innovation and design majors within the School of Engineering. The program addresses issues of innovation, entrepreneurship, humanism, technological development and hard science aimed at solving the great problems of the world.

Elizabeth (Bootsie) Martinez, lecturer of English at the Gilbert (Ariz.) Campus, authored an article titled “Who Causes Trouble?” published on the Law Officer website on Aug. 12.

Vincent Morales, senior interdisciplinary studies major, was the recipient of a “pay-it-forward” recognition by a Veterans Community Project volunteer and WDAF-TV in Kansas City on July 22.

Aimee Patton, director of marketing/digital, was interviewed for a story that aired on WDAF-TV in Kansas City on July 31. Patton provided comments related to legislation proposed by Missouri Sen. Josh Hawley that would limit time spent on social media and stop social media companies from using what he calls exploitative practices.

Eugene Matthews, Ph.D., associate professor of criminal justice administration, was interviewed for a story that aired on KSHB-TV in Kansas City on July 31. Matthews provided comments on how investigators work death investigation crime scenes related to the finding of human remains on a farm in rural Missouri.

Park University was featured on the front page of the Platte County (Mo.) Citizen on July 31 related to Missouri Gov. Mike Parson’s visit to the Parkville Campus on July 25.

Anthony Bustamante, ’11, was featured on the ThriveGlobal website on Aug. 4 as part of a series on “Life and Leadership Lessons Learned in the Military.” Bustamante, a first lieutenant in the U.S. Air Force, works at the 390th Cyberspace Operations Squadron on a development team designing training for advanced cyberwarfare operations.

Park University’s esports program was featured in a “KC Voices” podcast produced by KCTV in Kansas City on Aug. 8. The production focused on how esports is changing the playing field on college campuses. Ashley Jones, esports head coach, and Vince Payne, esports student-athlete, were interviewed for the segment.

Park University’s Gilbert (Ariz.) Campus was highlighted in the Phoenix Business Journal on Aug. 8 in a story related to the recent addition of approximately 7,000 square-feet of classroom and office space.

A story about rising NBA star De’Aaron Fox and his agent Chris Gaston, ’06, appeared on the website ONE37pm on Aug. 19. Gaston is the founder and chief executive officer of Family First Sports Firm.

Park University has received the following rankings by various websites:
•  The University’s Parkville Campus was ranked No. 5 by ASecureLife.com on its “100 Most Secure College Campuses in the U.S.” list.
•  Park’s online Bachelor of Science degree in management/healthcare was ranked No. 12 by AffordableSchools.net on its “25 Top Value Healthcare Administration/Management Online Degrees (Bachelor’s) 2019” list.”
•  Park’s online business degree programs were ranked No. 20 by Study.com on its “Best Online Business Degree Programs” list.