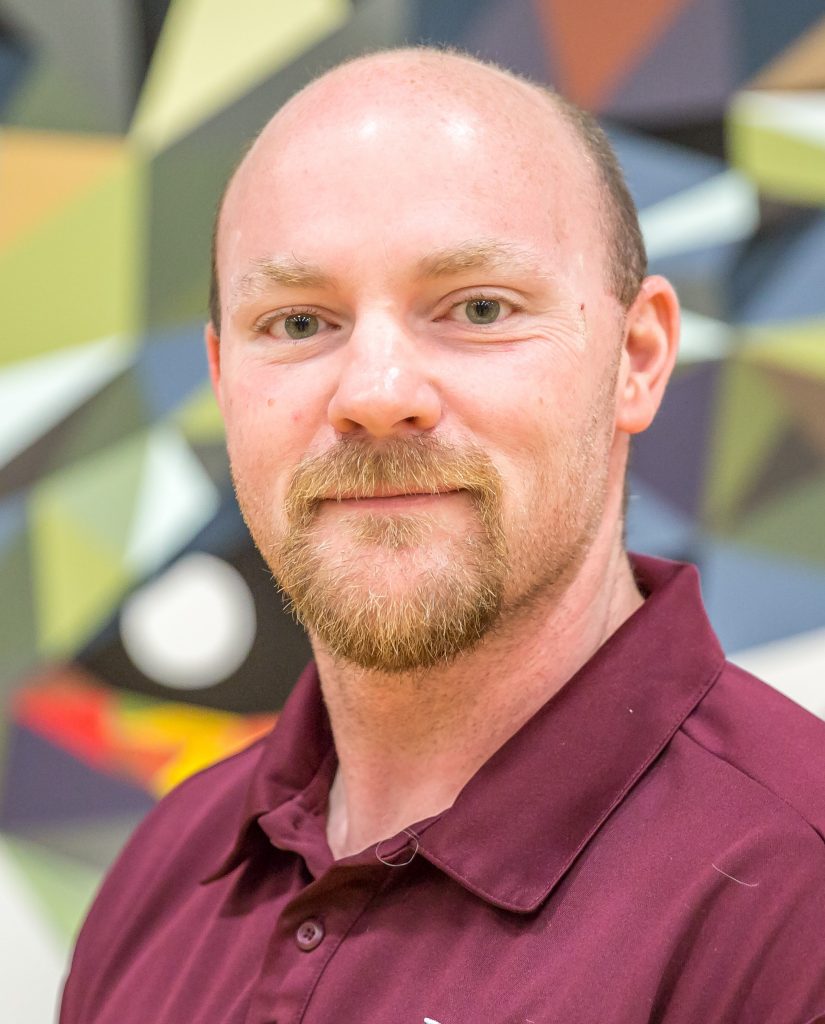 Timothy Hanrahan, Ph.D., was appointed to serve as the dean of Park University’s College of Education and Health Professions, effective July 12. In his role as dean, he will be responsible for the curricular, personnel, budgetary and administrative affairs of the CEHP in alignment with the University’s mission and strategic priorities. The College of Education and Health Professions includes the School of Education, and the School of Behavioral and Health Sciences, which includes departments of nursing, social work, and sociology and psychology.

Hanrahan joins Park from William Woods University in Fulton, Mo., where he served as assistant professor of physical education and as division chair of education, human performance and humanities since 2013. He also served as associate dean of faculty development since 2018. Previously, he was a teacher and coach within the Columbia, Mo., Public Schools from 2005-13, and he has served as an adjunct instructor for Ottawa (Kan.) University. Hanrahan earned his doctorate degree in educational leadership from Walden University (Minn.), a Master of Arts degree in teaching, curriculum and instruction from the University of Central Missouri, and a Bachelor of Science degree in exercise science from Truman State University (Mo.). 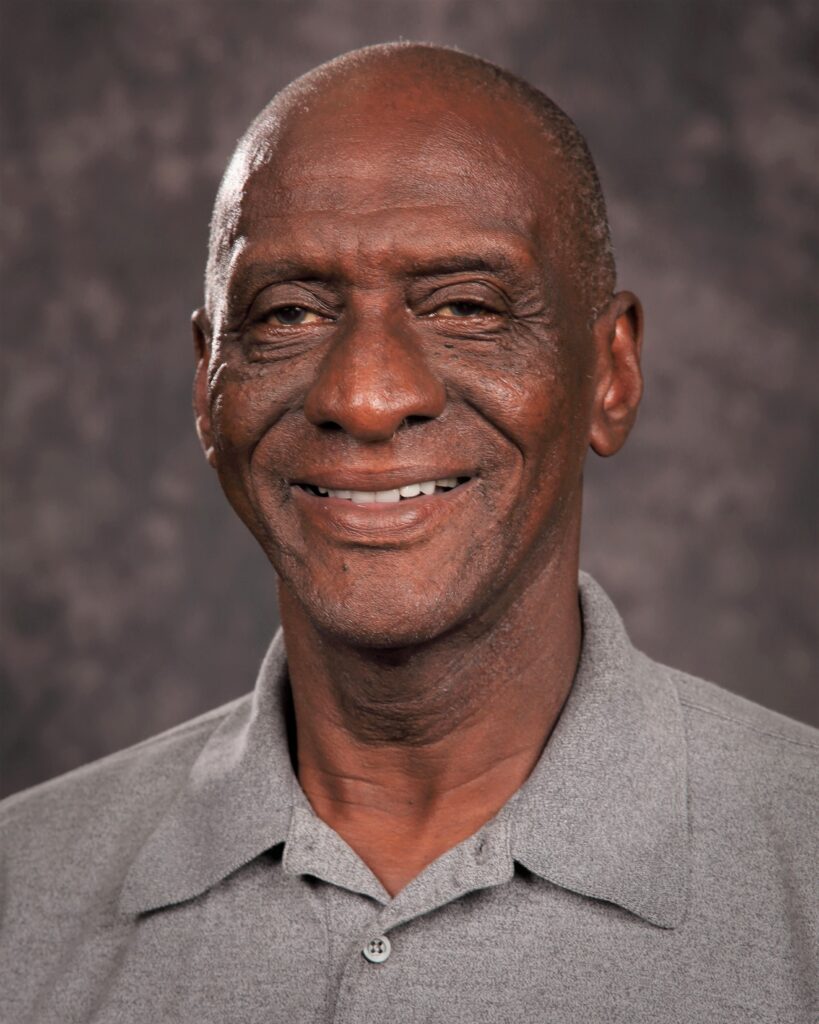 Longtime Park University Parkville Campus Director of Athletics Claude English has announced that he will retire later this month. English began his affiliation with Park in 1992, serving as the men’s basketball head coach through the end of the 2004-05 season. In January 1996, English added the title of athletics director, a role that he has held for the past 25½ years.

As head coach of the men’s basketball program, English compiled the second-most victories (182 in 13 seasons) in Park University history, surpassed only by current head coach Jason Kline. English was honored as the AMC Coach of the Year twice, following the 1995-96 and 1997-98 seasons, the latter of which he led the Pirates to the NAIA Division I national semifinals, ending the year with a 27-8 record.

The University will conduct a national search to replace English. In the interim, Jayme Uden, Ed.D., associate vice president and dean of students, will serve as acting director of athletics. Jason Kline, men’s basketball head coach, and Mike Talamantes, director of volleyball, and men’s and women’s volleyball head coach, both of whom serve as an assistant athletic director, will provide support to Uden. A ceremony to honor English is expected to be held on the University’s Parkville Campus sometime this fall. Read more about English’s announcement at park.edu/news/english-announces-retirement.

Park University’s George S. Robb Centre for the Study of the Great War began an awareness initiative on July 28 called “Valor 107.” Every day through Veterans Day (Thursday, Nov. 11), the Robb Centre is commemorating the 107th anniversary of World War I by sharing individual narratives of African American, Asian American, Hispanic American, Jewish American and Native American servicemembers from the Great War on its social media platforms and via the Robb Centre website at gsr.park.edu/news-events/events/valor-107. According to Tim Westcott, Ph.D., director of the Robb Centre and associate professor of history, the 107 servicemembers that will be highlighted exemplified individual valor on the battlefields of Europe, while fellow countrymen faced racial and religious adversities at home “History can no longer be silent and the truth of these servicemembers actions cannot and should not be hidden from our national and military narrative,” Westcott said. 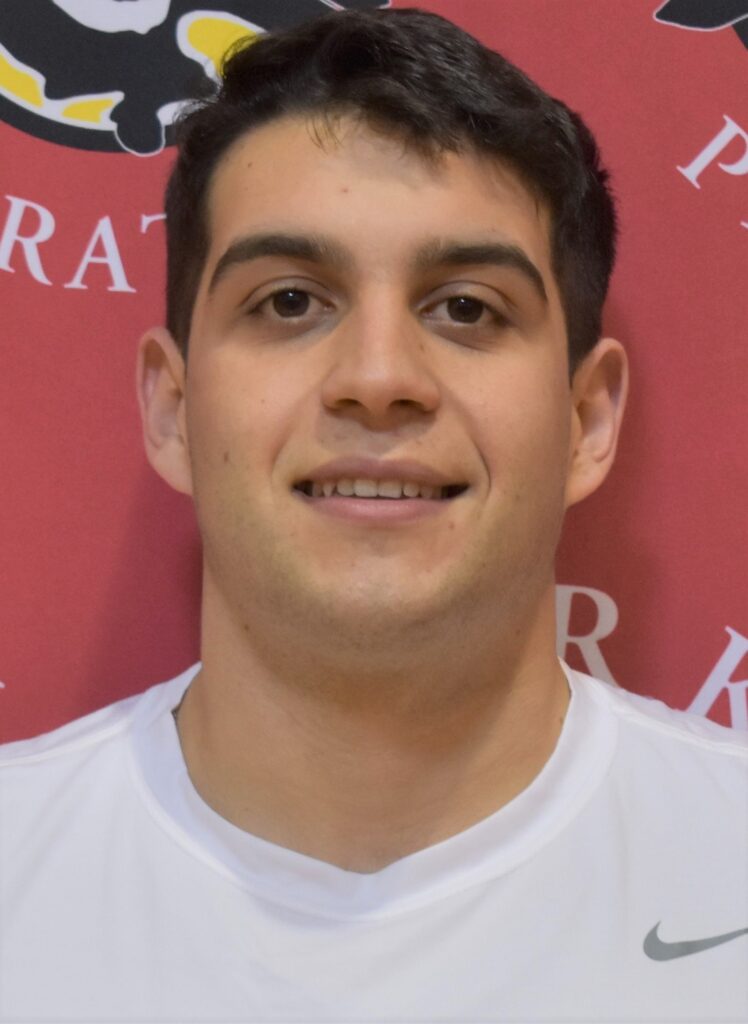 Park University Parkville Campus men’s volleyball player Luciano Bucci was recognized by the College Sports Information Directors of America by being named as an at-large first team All-American for the second year in a row on Aug. 3. During this past season, Bucci ranked second in the nation with 936 assists and third in assists per game at 10.76, while posting a 3.96 grade point average GPA in the classroom. Read more about the honor at parkathletics.com/article/3465.

The 2021 Park University Golf Scramble, a four-person tournament that benefits the University’s Parkville Campus athletics programs, is scheduled for Monday, Oct. 11, at The National Golf Club of Kansas City. Golfers get on the course with a shotgun start at 10 a.m., with registration beginning at 8:30 a.m.

Registration fees are $225 per golfer or $900 per four-person team, and a variety of sponsorship packages are available, ranging in price from $1,400 to $5,000. Entries include 18 holes of golf with a cart, box lunch on the course, driving range access prior to the event, on-course games and contests, and refreshments. To register for the tournament or for more information, visit park.edu/golf. For questions about the tournament or sponsorship levels, contact Nathan Marticke, chief advancement officer, at nathan.marticke@park.edu or (816) 584-6844.

Park University Ellen Finley Earhart Department of Nursing will host its first Gold-American Association of Colleges of Nursing White Coat Ceremony for Nursing on Friday, Aug. 20, starting at 5:30 p.m. in Graham Tyler Memorial Chapel on the University’s Parkville Campus. Thirty nursing students will participate in the program, which serves to welcome students to healthcare practice and elevate the value of humanism as the core of healthcare, and they will take an oath, the modern Florence Nightingale Pledge. Mitzi Cardenas, a member of Park’s Board of Trustees, will be the keynote speaker.

An art exhibit featuring the work of Andrea K. Lee, Ph.D., assistant professor of art and director of the Campanella Gallery, is on display in the Gallery within Norrington Center on the Parkville Campus through Monday, Sept. 13. The exhibit is a mid-career retrospective in conjunction with the publication of her art book, Tears of Transcendence.

A story about Stormi Lewis, ’18, who turned a blogging hobby into becoming a published author, appeared in the Shawnee Mission (Kan.) Post on July 5.

Park University was featured in the Association of College and University Educators newsletter on July 8 with a story titled “‘A Lightbulb Moment’: Taking Liberal Arts Online Learning to the Next Level.” The article included comments from Emily Sallee, Ph.D., associate provost, Amber Dailey-Hebert, Ph.D., director of the Faculty Center for Innovation, and professor of adult and organizational development, and Emily Grover, Ph.D., adjunct instructor of English.

An article authored by Katie Ervin, Ed.D., associate vice president of strategic alliances, “Is Your Workplace Culture in Crisis? Now is the Perfect Time to Change It,” was posted on the Forbes website on July 9 as part of her membership on the publication’s Human Resources Council.

A story about Zhanna Edwards, a 2020 graduate of Page (Ariz.) High School who recently signed a letter-of-intent to be a member of the Park University Gilbert (Ariz.) Campus track and field team, appeared on the Lake Powell (Ariz.) Life website on July 12.

An article titled “Taking the Bit Out of the Elephant: How to Improve Security Cooperation,” authored by Maj. Carlos de Castro Pretelt, ’05, appeared in the Small Wars Journal on July 17.

A story about Dylan Comstock, who will attend Park University beginning in August and will be a member of the Parkville Campus men’s golf team, appeared in The Kansas City Star on July 19. Comstock was recently honored with the Kenneth Smith Award, which goes to the top high school golfer in the Kansas City area.

Vlatko Andonovski, ’08, head coach of the U.S. Women’s National Soccer Team, was featured in The New York Times on July 19 in advance of the Summer Olympics in Tokyo.

Matt Harris, Ph.D., assistant professor of political science, was interviewed by KMBZ-FM in Kansas City for stories that aired on July 20 related to fundraising efforts of candidates in the Missouri U.S. Senate race.

Nada Meawad, ’21, was featured on KSHB-TV in Kansas City on July 24. Meawad, who played women’s volleyball for the Park University Parkville Campus squad, competed in the 2016 Summer Olympics in Rio de Janeiro for Egypt in women’s beach volleyball. Meawad had hoped to compete for Egypt again in the Olympics this summer in Tokyo, but an injury she suffered in the spring kept her from trying out.

Claude English, Parkville Campus director of athletics, was featured in the Providence (R.I.) Journal on July 25, following his announcement that he would retire in August. English was a standout player at the University of Rhode Island and also spent 13 years as a coach for URI, including four seasons as the head coach.

Park University was recognized on July 29 with two “Best of the Northland” awards as selected by readers of two Kansas City area newspapers, the Courier-Tribune (Clay County, Mo.) and Gladstone (Mo.) Dispatch. Park received the most votes as the Best Northland University/College and as the Best Master of Business Administration Program.

Kenny Broberg, graduate student in Park University’s International Center for Music and recent winner of the American Pianists Awards, was featured on the ClassicalPost.com website on July 29 in a question-and-answer feature.

Park University also received the following rankings in recent weeks:
•  The Master of Arts in Communication and Leadership degree program was placed on TheAcademicGuide.com’s “12 Most Affordable Masters in Public Relations Online” list.
•  EducationDegree.com included Park on its “2021 – The Most Affordable Teaching Certificate Bachelor’s in Education in the West North Central U.S.” list.
•  SuccessfulStudent.org ranked Park No. 28 on its “Best Online Bachelor’s in Computer Science 2021” list.