January 15, 2021 — Park University celebrated another historic and noteworthy year in 2019 as the University and its employees garnered national media attention, and earned international, national and local honors.

Park’s Office of University Engagement compiled the University’s biggest stories of the year and asked five members of the University’s staff to pick their top 10 moments from 2020. The voting was tight as only one of the 21 events/stories on the poll was named on all five ballots and four others appeared on four ballots. In fact, 19 of the 21 events/stories were named on at least one ballot.

Here are the top 10 Park University stories/events from 2020:

1. — The coronavirus pandemic forces Park University classes to be held fully online for the second half of the spring semester; Park’s classes are held in a hybrid format during the fall semester.

3. — To support concerns of college students considering taking a year off from their current college/university due to health anxieties related to the coronavirus, and as a way to ease the financial concerns of these students, Park University launched a flat rate tuition initiative in June. 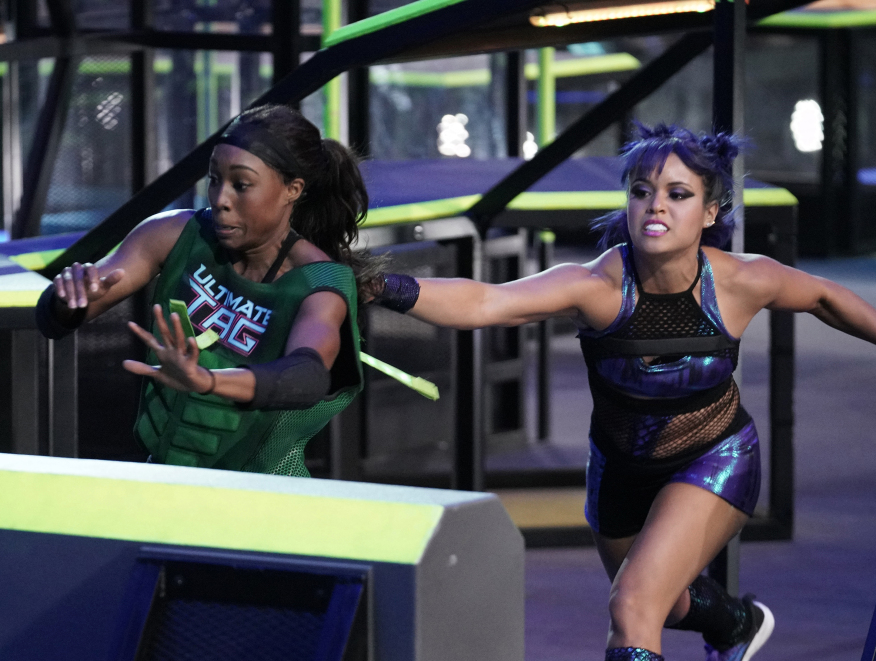 5. — Erycka Fisher, ’09, competed on the FOX program “Ultimate Tag” on May 27 and won a $10,000 prize. Watch the entire episode here and/or check out the final showdown here. Stories about Fisher in advance of the program aired on KTBC-TV in Austin, Texas, on May 20, and on WDAF-TV in Kansas City on May 26. Fisher was a two-time track and field All-American for Park University.

6. — Park University and President Greg Gunderson, Ph.D., were the focus of a column that appeared in the Washington Post on May 16. Gunderson provided comments for a column related to the coronavirus pandemic and discussed Park’s history of providing online education, how other colleges and universities across the country are now looking at Park’s model as they look to online education and what the future looks like in higher education.

7. — Park University’s Parkville Campus athletics department garnered a school record 14 NAIA Scholar Teams from the 2019-20 academic year, as announced by the NAIA on Sept. 15 as part of its annual NAIA National Awards Day. The 14 teams earning the honor eclipsed the previous record of 11 teams set in 2017. The women’s golf team led the way with a cumulative 3.67 GPA, and four additional teams compiled GPAs of 3.4 or higher. In addition, 92 Parkville Campus student-athletes were named as Daktronics NAIA Scholar-Athletes from the 2019-20 academic year, also a school record.

8. — Kenny Broberg, graduate student in the International Center for Music, had been selected as a finalist for the American Pianist Awards in April, a unique 13-month-long competition held every four years, with the winner announced in June 2021. However, due to the coronavirus pandemic, the American Pianists Association announced that, “In response to the dire situation that musicians are living in, and in accordance with its mission to support and promote young American pianists,” it awarded Broberg and the other four finalists a cash prize of $50,000 each before the competition begins. A story about Broberg and his comments about the award appeared in The Kansas City Star on June 21.

9. — Steve Youngblood, associate professor of communication arts and director of the Center for Global Peace Journalism at Park University, was awarded the 2020 Luxembourg Peace Prize for Outstanding Peace Journalism by the Schengen Peace Foundation and the World Peace Forum.

10. — Kay Barnes, senior director of university engagement and former mayor of Kansas City, Mo. (1999-2007), and Bob Kendrick, ’85, president of the Negro Leagues Baseball Museum in Kansas City, Mo., were ranked No. 26 and No. 35, respectively, on a list ranking the most influential people in Kansas City sports history in a column that appeared in The Kansas City Star on May 22.

Park University celebrated another historic and noteworthy year in 2019 as the University and its employees garnered national media attention, and earned international, national and local honors. Park’s Office of University Engagement compiled the University’s biggest stories of the year and asked five members of the University’s staff to pick their top 10 moments from 2020.