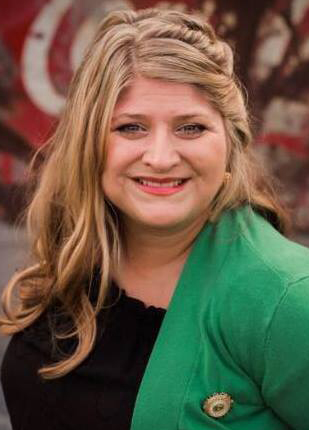 Vega Honored as Military Spouse of the Year

Holly Vega, a junior social psychology major who was recently recognized as the 2019 Armed Forces Insurance Marine Corps Spouse of the Year, was honored on May 9 as the AFI Military Spouse of the Year during an awards ceremony at Fort Myer, Va., on May 9. Among her many accomplishments, Vega worked with the American Heart Association in founding the Military Hearts Matter program to promote heart health in the military community. Vega’s husband, Javier, a 2004 Park graduate, is stationed at MacDill Air Force Base in Florida. Watch the announcement of Vega’s honor (announcement begins about 75 minutes into the video) and check out a five-page cover story spread in the June issue of Military Spouse magazine (starts page 14). Vega was honored at the White House by President Donald Trump on May 10, then appeared on CNN that afternoon and on Fox News’ “Fox and Friends” on May 11. Learn more about Vega and her accomplishments.

In mid-April, Park University announced that it was spearheading the effort of a Congress-led systematic review of minority veterans who served in World War I who may have been denied the Medal of Honor due to race. On Wednesday, June 19, the University will host a program “From Kansas City to Washington, D.C.: World War I Valor Medals Review,” at the National World War I Museum and Memorial in Kansas City, Mo., starting at 6:30 p.m. Admission to the event is free and open to the public, but attendees should RSVP at my.theworldwar.org/4234.

The interactive program will include Park University panelists Timothy Westcott, Ph.D., director of the George S. Robb Centre for the Study of the Great War and associate professor of history, and Bridget Locke, director of strategic communications. Both are members of the Valor Medals Review Task Force, of which Westcott is the co-chair. The discussion will be moderated by Kimberlee Ried, ’16, public affairs specialist, National Archives at Kansas City. The event will describe the three-year journey of the effort thus far, some of the stories that have been uncovered along the way and the intense research work which lies ahead, which will take five to seven years to complete. Read more about the program at park.edu/news/valor-medals-review-program/.

The Wall of Honor Banquet will take place on Saturday, Sept., 21, at 9 a.m. in the Park Distance Learning Conference Center on the Parkville Campus. Cost for the event is $20 and includes a catered breakfast. To reserve a seat and register for the event, contact Nan Rowe, athletics administrative assistant, at nanette.rowe@park.edu / (816) 584-6424. For more information on the Wall of Honor Class of 2019, visit parkathletics.com/article/2832. 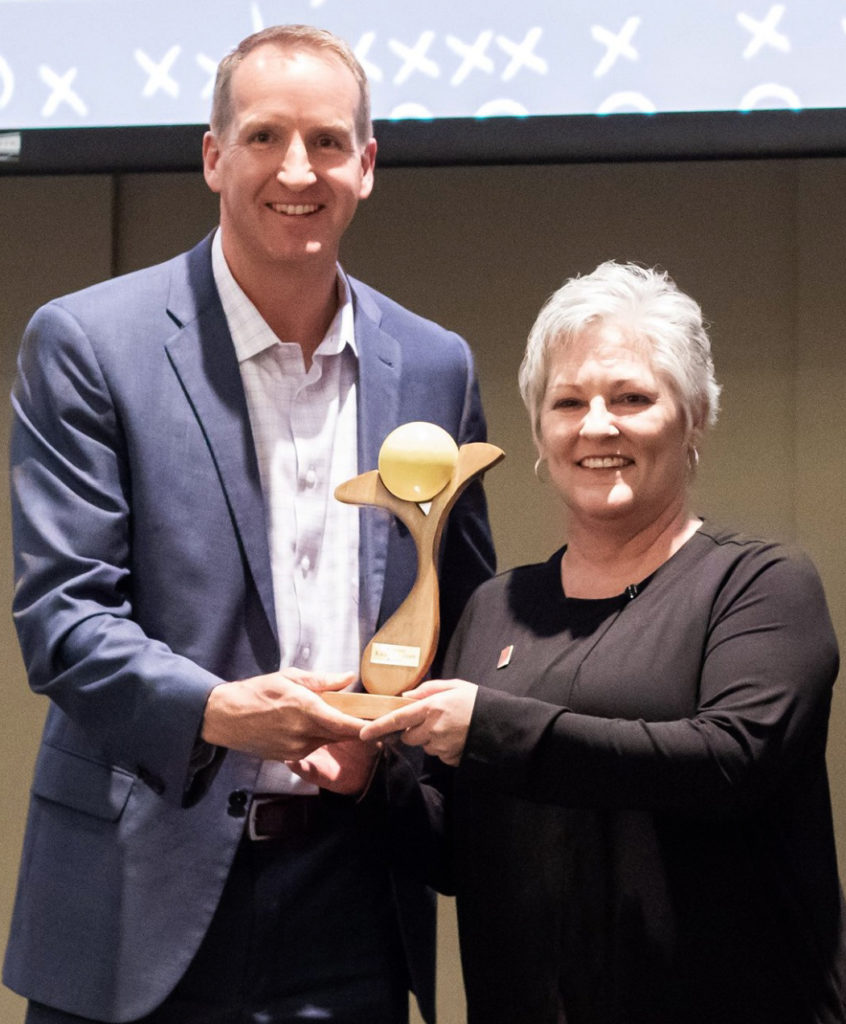 Park University was recognized as the “Kindest School” at the 29th annual Kindest Kansas Citian Awards event hosted by Synergy Services on May 3 in Kansas City, Mo. The honor, named the Rita Blitt Kindest School Award, recognizes how schools promote kindness, the educational/training opportunities provided to promote student responsibility in the school and community, and how the school involves other members of the community in building a kind culture. Michelle Myers, Ed.D., provost, accepted Park’s award from Cory Miller, chair of Synergy’s Board of Directors. 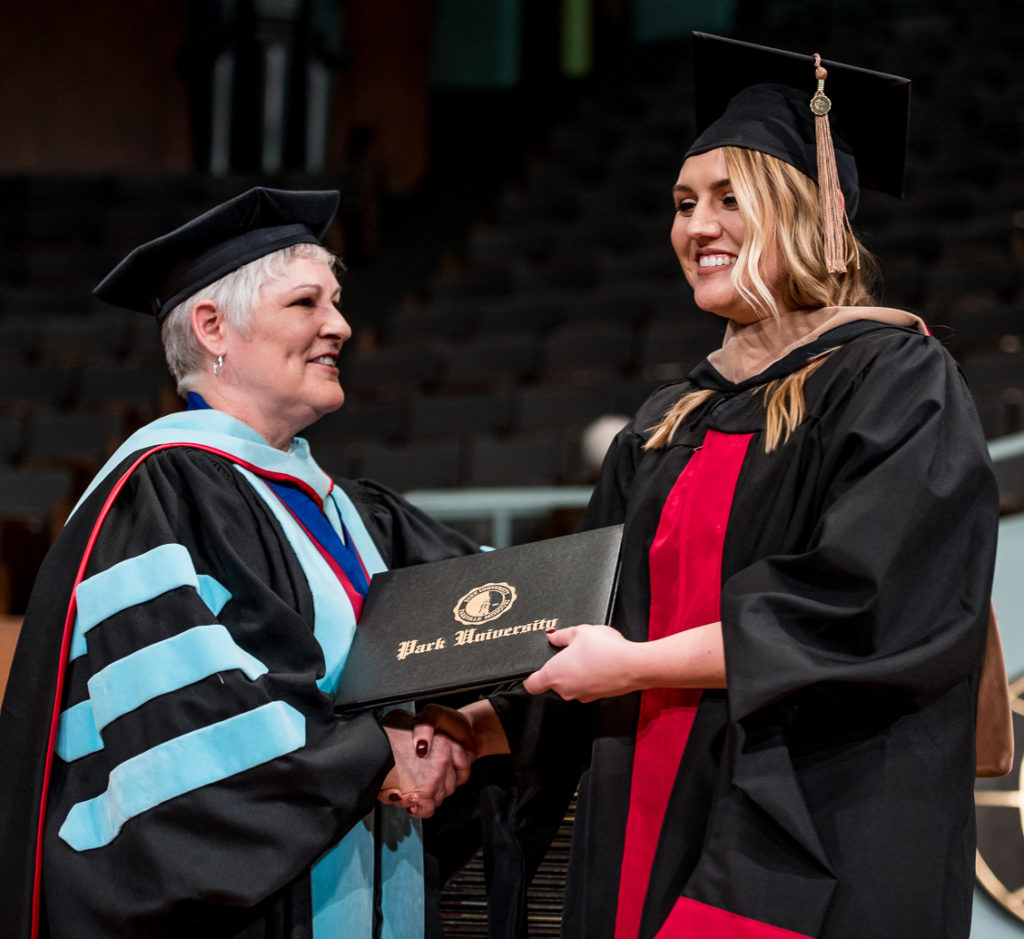 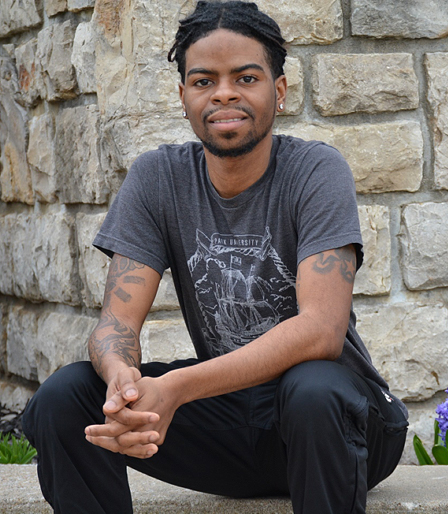 The heart and soul of Park University lies within the spirit of the people who represent the institution in the classroom and community. The Office of University Engagement’s new “Park Stories” initiative showcases fun and inspiring features highlighting Park University students, faculty, staff and alumni. These stories will be shared periodically in The Crow’s Nest.

Featured in the first installment is Isaiah Nichols, who just graduated from Park earlier this month with a bachelor’s degree in criminal justice administration/law enforcement. Like many other new graduates, when asked about his plans, his eyes light up with joy. “After I graduate, I’ll move back to Chicago and will apply to become an officer with the Chicago Police Department. I also plan to enroll in graduate school to study criminal justice/law enforcement. My end game is to be promoted to detective on the force and someday join the Chicago Police Board.” Read more about Isaiah at advancing.park.edu/a-seat-at-the-table/.

Park University’s recently redesigned website has been recognized with a 2019 Award of Excellence in the websites – general school/university category by the Academy of Interactive and Visual Arts. The Award of Excellence is given to those entrants whose ability to communicate positions them as the best in the field. Read the case study presented by mStoner, the University’s partner on the website redesign.

The next exhibit to be showcased in Park University’s Campanella Gallery will be an exhibit featuring paintings by Allison Bowman. The artwork will be on display Monday, June 3, through Friday, July 26. A reception for the artist, also open to the public, will be held on Friday, June 7, from 2:30 to 4:30 p.m. in the Gallery. Admission to the Gallery, located within Norrington Center on the University’s Parkville Campus, is free. Bowman is an oil painter who focuses on abstracted botanical environments. Bowman grew up surrounded by the Flint Hills in Kansas and remembers walks through the Konza Prairie discovering different species of plants. The natural forms made by native prairie life are what initially inspired her abstract compositions. Read more about the exhibit and Bowman at park.edu/news/allison-bowman-exhibit/.

Richard Kelleher, director of the Independence (Mo.) Campus, recently completed the City of Independence’s Citizens Academy. The nine-week program provided Kelleher opportunities to build relationships with city officials and information on how to be an informed citizen and leader in the city.

Ashley Jones, esports head coach, was a panelist at MegaCon Orlando (Fla.) on May 18. Jones participated on a collegiate esports discussion that covered topics including recruitment, space buildouts and scholarships.

Tim Westcott, Ph.D., interim dean of the College of Education and Health Professions, associate professor of history and associate university archivist, gave the keynote address at the National World War I Museum and Memorial’s Walk of Honor Dedication Ceremony on May 27. The Walk of Honor, which now includes more than 11,000 bricks, honors those who served in World War I, veterans of any military service, and civilian friends, family or organizations. In addition, Casi Joy McCall, ’12 (who goes by the stage name of Casi Joy) sang the “National Anthem” at the event.

A story about Park University women’s volleyball player Nada Meawad’s opportunity to announce the Kansas City Chiefs’ fifth round draft pick on April 27 at the Chiefs Draft Fest not coming together as planned due to the Chiefs trading away the pick appeared in the Platte County (Mo.) Citizen on May 1. The paper also posted a series of photos from the event, which was sponsored by the University.

Matt Harris, Ph.D., assistant professor of political science, was interviewed for a story that aired on WDAF-TV in Kansas City on May 3 related to the U.S. Department of Health and Human Services’ Office of Civil Rights announcing the final versions of its Conscience Rule.

Tim Westcott, Ph.D., interim dean of the College of Education and Health Professions, associate professor of history and associate university archivist, and Ashlyn Weber, senior history/public history major, were interviewed for a nearly 50-minute podcast that appeared on DannyClinkscale.com on May 3. They were interviewed to provide an update on Park University’s efforts to review minority World War I soldiers who were denied the Medal of Honor. Westcott was also interviewed on the same subject for another podcast, VeteransRadio.net, the voice of America’s veterans, on May 21. In addition, a story about the University’s efforts in this project, which included comments by Westcott, appeared in the Richmond (Mo.) Daily News on May 23.

A story about the commencement ceremony at Grand Forks (N.D.) Air Force Base on May 3 was highlighted in the Grand Forks Herald on May 6. The article included a photo of Henry Roehrich, Ph.D., associate professor of management and marketing, being presented with the “Warrior of the North Award” which is presented by the Base Education Center to the person who delivers the keynote address.

Amy Wolf, Ph.D., associate professor of education, was interviewed for a story that aired on WDAF-TV in Kansas City on May 6. The story was related to concerns parents have raised in a local school district regarding the use of technology for K-12 students.

Park University and the story of survival of Albert and Sylvia Caldwell — both 1909 Park graduates — and their son, Alden, from the sinking of the Titanic, were featured in an article published in the Leavenworth (Kan.) Times on May 8. The article included comments from Carolyn Elwess, university archivist.

Ashley Jones, esports head coach and Wade Tripp, esports assistant coach and senior web developer and webmaster, were interviewed for a story that aired on WDAF-TV in Kansas City on May 8. The story was related to Missouri Sen. Josh Hawley introducing the Protecting Children from Abusive Games Act, which he hopes will ban the exploitation of children through “pay-to-win” and “loot box” practices in the video game industry.

The Negro Leagues Baseball Museum in Kansas City, Mo., which is led by its president, Bob Kendrick, ’85 (and 2013 recipient of Park’s Distinguished Alumni Award), was selected as the 2019 American Business Awards Organization of the Year in the Small Nonprofit/Government category.

Kirby Brown, dean of the College of Management, provided comments for the cover story of the May issue of Ingram’s, Kansas City’s business magazine, for the publication’s annual Higher Education Industry Outlook Report.

Behzod Abduraimov, Park University International Center for Music artist-in-residence, appeared on the BBC program “In Tune” on May 20. He performed a taped and live selection, and was interviewed (starts 50 minutes into the program).

Ann Hansbrough, J.D., a member of Park University’s Board of Trustees, was featured in Missouri Lawyers Weekly on May 22. Hansbrough is a Platte County (Mo.) circuit court judge.

Steve Youngblood, associate professor of communication arts and director of the Center for Global Peace Journalism, was featured on the website SluggerOToole.com on May 27 related to a lecture he presented on ethics journalism in Northern Ireland.

Note: To view a comprehensive schedule for all events, including athletics and student life, visit park.edu/calendars/park-events-calendar.html.