The Park University Alumni Association has announced the 2020 honorees of its four annual awards. Due to the coronavirus pandemic, the ceremony was held virtually on Sept. 17. Following is the list of awardees. 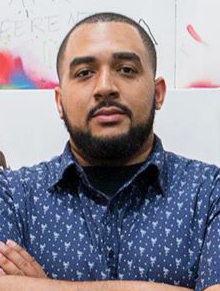 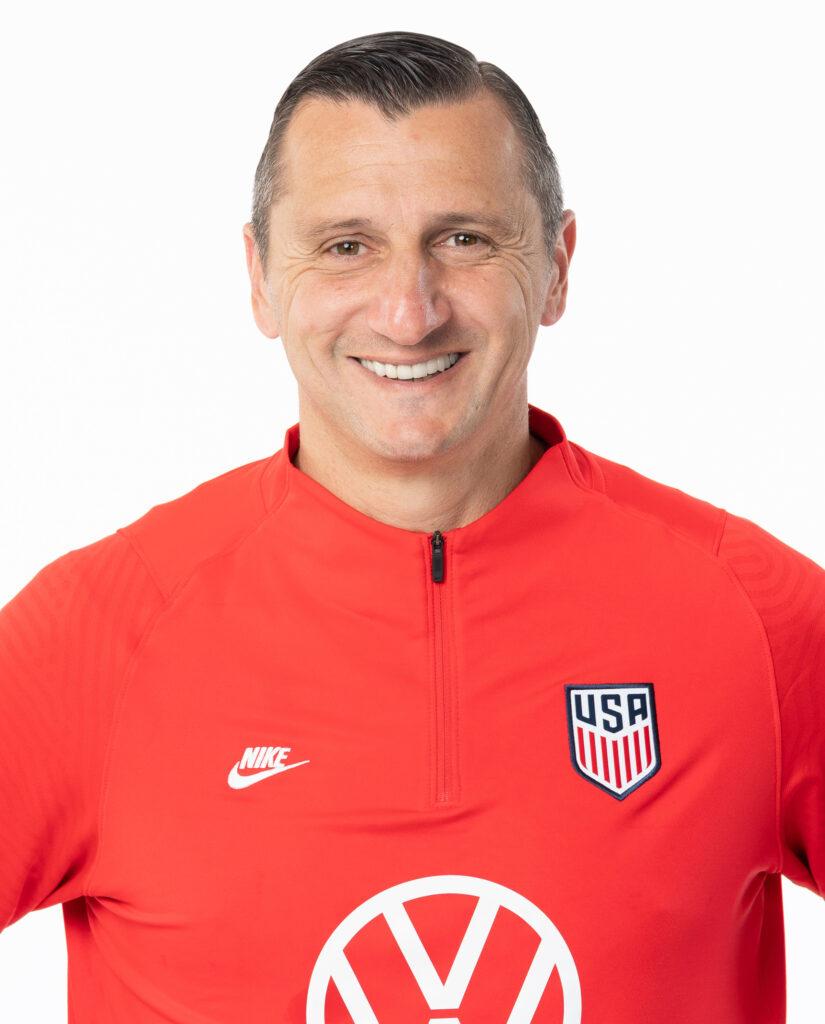 •  Distinguished Alumnus Award — Vlatko Andonovski, ’08, head coach of the U.S. Women’s National Soccer Team. This award recognizes Park alumni who have distinguished themselves through career service or community achievements.
•  Park Promising Young Professional Award — JT Daniels, ’11, nationally recognized artist. This award recognizes a Park University alumnus/a who graduated from Park within the last 10 years, is under the age of 40 and shows exceptional leadership promise in his or her profession and community. 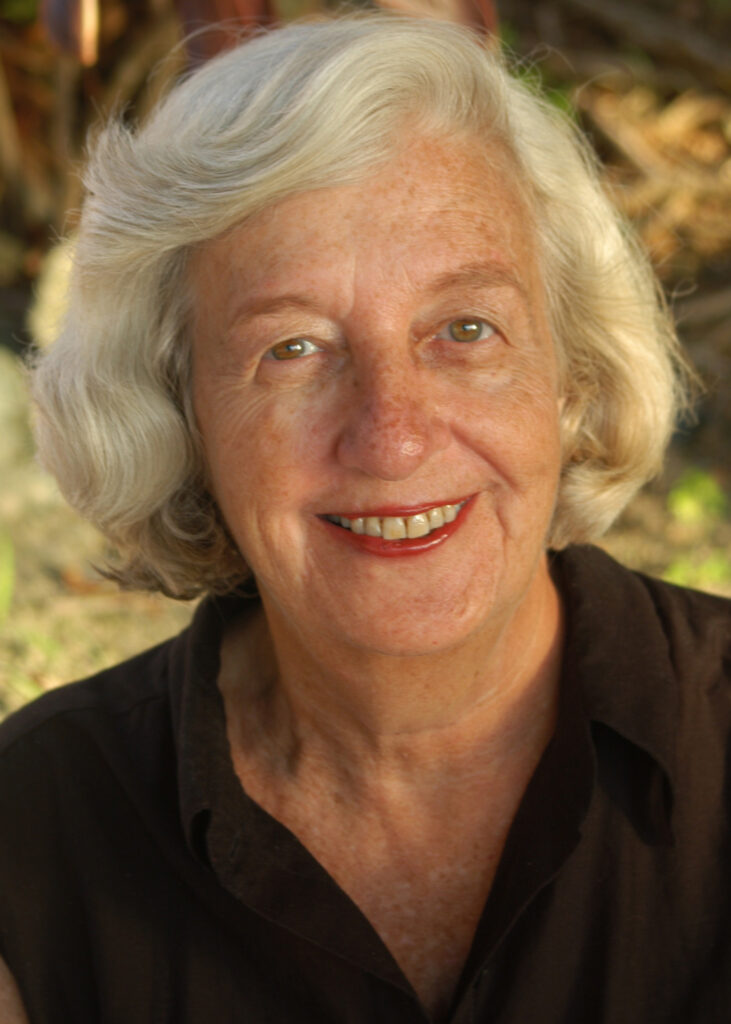 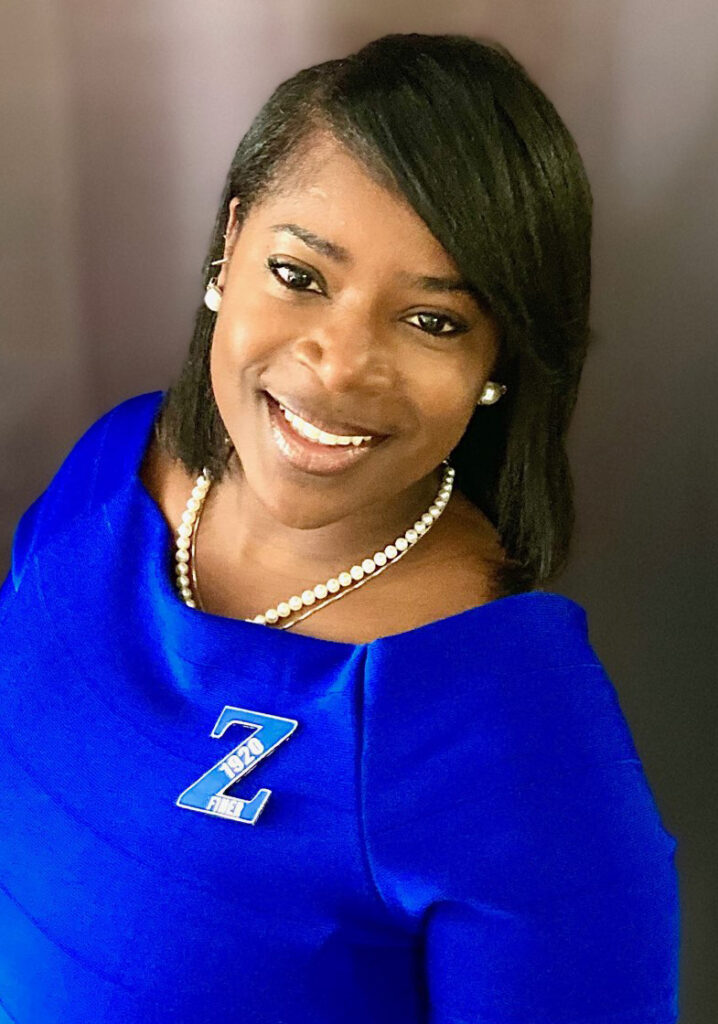 •  Marlowe Sherwood Memorial Service Award — Lisa Ray, ’13, highly sought-after mentor, coach, trainer and inspirational leader. This award is presented to Park University alumni in recognition of volunteer service to community and/or civic organizations. The award is named in honor of Marlowe Sherwood, ’63, who exemplified the school motto of Fides et Labor (Faith and Labor).
•  Torchlighter Award — Blanche Sosland, Ph.D., professor emerita of education. This award is given to honor individuals who have made significant, long-standing contributions and commitment to Park University, whether alumni, faculty or friend.

Read more about this year’s honorees at park.edu/news/alumni-association-awards-2020. 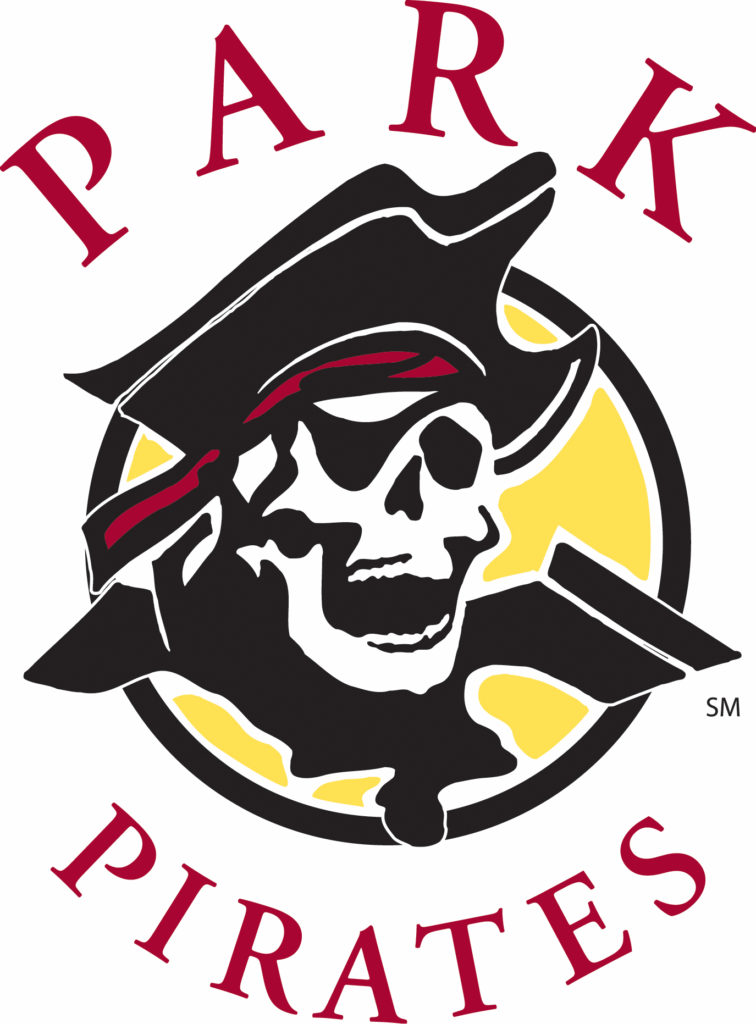 Park University’s Parkville Campus athletics department garnered a school record 14 NAIA Scholar Teams from the 2019-20 academic year, as announced by the NAIA on Sept. 15 as part of its annual NAIA National Awards Day. The 14 teams earning the honor eclipsed the previous record of 11 teams set in 2017. For a team to be considered for the NAIA Scholar Team award, it must have a minimum 3.0 grade point average on a 4.0 scale as defined by the institution. The team GPA includes all eligible varsity student-athletes. The women’s golf team led the way with a cumulative 3.67 GPA, and four additional teams, women’s softball, men’s volleyball, women’s volleyball and women’s cross country compiled GPAs of 3.4 or higher.

In addition, 92 Parkville Campus student-athletes were named as Daktronics NAIA Scholar-Athletes from the 2019-20 academic year, also a school record. Leading the way was the men’s soccer program with 12 honorees, while women’s volleyball had 11 honored and women’s soccer had 10. To be considered for the list, a student-athlete must maintain a 3.5 GPA on a 4.0 scale and have achieved junior academic status. Read the entire list of Park’s honorees at parkathletics.com/article/3176.

To mitigate the risks of coronavirus and limit exposure for student-athletes, athletics staff, game officials and fans, the Parkville Campus athletics department will limit attendance at all home sporting events to participating athletes, coaches and essential game operations personnel through the month of October, extending the previously announced plan. No fan admission will be allowed at home sporting events through at least Sunday, Nov. 1.

After Nov. 1, the University has plans to allow spectators to include residential students, faculty, staff and student-athlete family members, with attendance capped at 25 percent capacity at Breckon Sports Center and Julian Field. As a reminder, fans may watch all Pirates home events free of charge at https://portal.stretchinternet.com/park.

Park University’s Office of University Engagement kicked off its new #SuccessSeries on Sept. 16. These short documentary videos focus on Park alumni who have succeeded in their professional field. In the first episode, “Kendrick,” Bob Kendrick, ’85, president of the Negro Leagues Baseball Museum in Kansas City, Mo., talks about how he overcame obstacles to achieve professional success with the foundation he built while a student at Park. 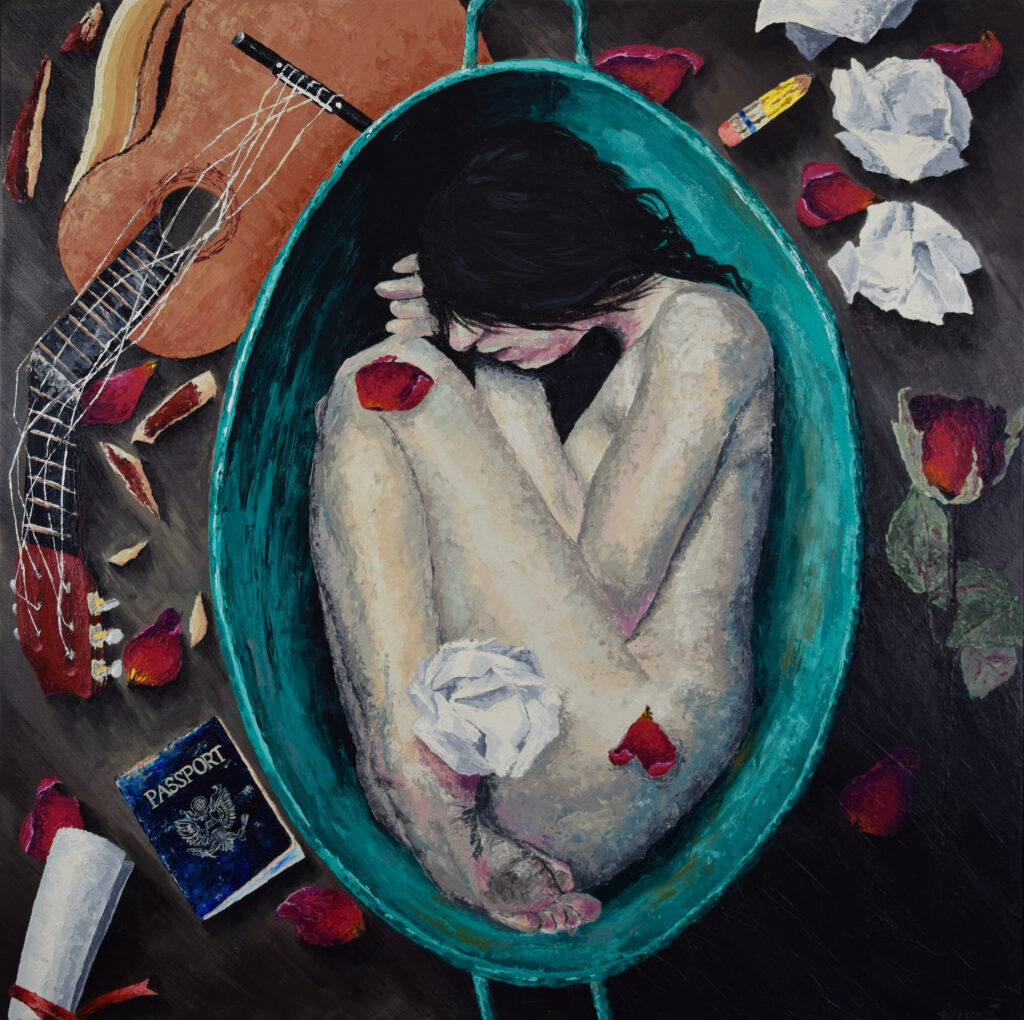 An art exhibit featuring works by Megan Frazer, senior fine art and sociology major, will be on display in Park University’s Campanella Gallery, located within Norrington Center on the Parkville Campus. The exhibit will run Monday, Oct. 5, through Friday, Nov. 20. In Frazer’s artist’s statement, she writes, “Words have their limits, like many things. Especially when it comes to diagnosing people with mental illness. Not just through a medical standpoint, but allowing people to understand what a person is going through. But through unwritten conduct and symbolism, mutual feelings and understanding can reach many people. This is what I hope to achieve through my artwork.”

Steve Youngblood, associate professor of communication arts and director of the Center for Global Peace Journalism, co-presented a virtual discussion on “Journalist Safety: Challenges in 2020” as part of the International Relations Council’s News and Views series on Sept. 10.

On Sept. 14, Long Huynh, D.B.A., associate vice president of marketing and strategic growth, was appointed by the Blue Valley (Kan.) School District’s Board of Education to serve a two-year term on its Curriculum and Instruction Committee. The committee acts as a knowledge resource and studies topics related to improving curriculum and instruction in the district. It also participates in formal studies about curriculum, instruction and education, as well as reviews revised curriculum and makes recommendations to maximize learning opportunities for students.

Park University and its Master of Business Administration degree program were highlighted in the Kansas City Business Journal on Sept. 4. Greg Moore, D.B.A., associate dean of graduate studies in business, provided comments for a feature story on Park’s MBA program. In addition, a national story on how MBA programs are shifting to flexible programs and the growth in diversity among students included information on Park and other Kansas City area schools.

ECCO Select, led by Jeanette Prenger, ’09, founder and chief executive officer, and chair of Park University’s Board of Trustees, was ranked No. 12 on the Kansas City Business Journal’s list of “Women-Owned Businesses” based on 2019 revenue. In addition, ECCO Select ranked No. 6 on the publication’s list of “Minority-Owned Businesses” based on 2019 revenue. ECCO Select is an information technology services, solutions and staffing firm based in Kansas City, Mo.

Andrea Lee, Ph.D., assistant professor of art, and Lynn Richardson-Ludwigs, adjunct instructor of art, were both featured in the September issue of Northland Lifestyle magazine in a “Teaching from Experience” article (print version: pages 20-21).

Park University’s International Center for Music and its “Stanislav and Friends” concert on Sept. 17 was the focus of a preview story that appeared in The Kansas City Star on Sept. 13.

A guest commentary authored by Steve Youngblood, associate professor of communication arts and director of the Center for Global Peace Journalism, related to the Greater Kansas City Peacebuilding Conference appeared on The Kansas City Star’s website on Sept. 19.

Park University was well-represented on the Ingram’s 250, a list of the most powerful business leaders in Greater Kansas City, according to Ingram’s, Kansas City’s business magazine, in its September issue. Among those selected were: Matt Malott, ’01, president and chief executive officer at Multivac U.S.; Jeanette Prenger, ’09, founder and chair/CEO/president of ECCO Select, and chair of Park’s Board of Trustees; Brad Skinner, ’99, president and CEO of Milbank Manufacturing; and Rick Smith, ’97, Kansas City, Mo., chief of police.

Behzod Abduraimov, International Center for Music artist-in-residence, participated in a Q&A segment that aired on KCTV in Kansas City on Sept. 23. The segment also previewed the ICM’s “Stanislav and Friends” concert that aired on KCTV’s sister station, KSMO-TV, on Sept. 27.

A story about Kelli (Wenberg) Eierman, ’16, and her husband Johnny receiving the Diamond 9 Award as part of 2020 Missouri Sports Hall of Fame event on Sept. 17, appeared in the Benton County (Mo.) Enterprise on Sept. 23. Eierman was a pitcher on Park University’s softball team from 2013-15 and was the 2013 American Midwest Conference Freshman of the Year. The Eiermans are the first married couple to be presented with the award which recognizes individuals who exhibited outstanding talent or made significant contributions at the high school, collegiate, amateur or professional levels of baseball or softball.

A feature story on Salvatore Scarpa, ’03, who was recently appointed fire chief in Columbus, Ga., appeared in the Columbus Ledger-Enquirer on Sept. 28.

John Wyatt Greenlee, MPA ’11, was featured in a Time magazine article that appeared online on Sept. 25. Greenlee, a historian, uses Twitter and Medieval factoids to help endangered animals, including eels.

Note: When these events are rescheduled (if applicable), they will be updated in the University’s online calendar. To view a comprehensive schedule for all events, including athletics and student life, visit park.edu/calendars/park-events-calendar.