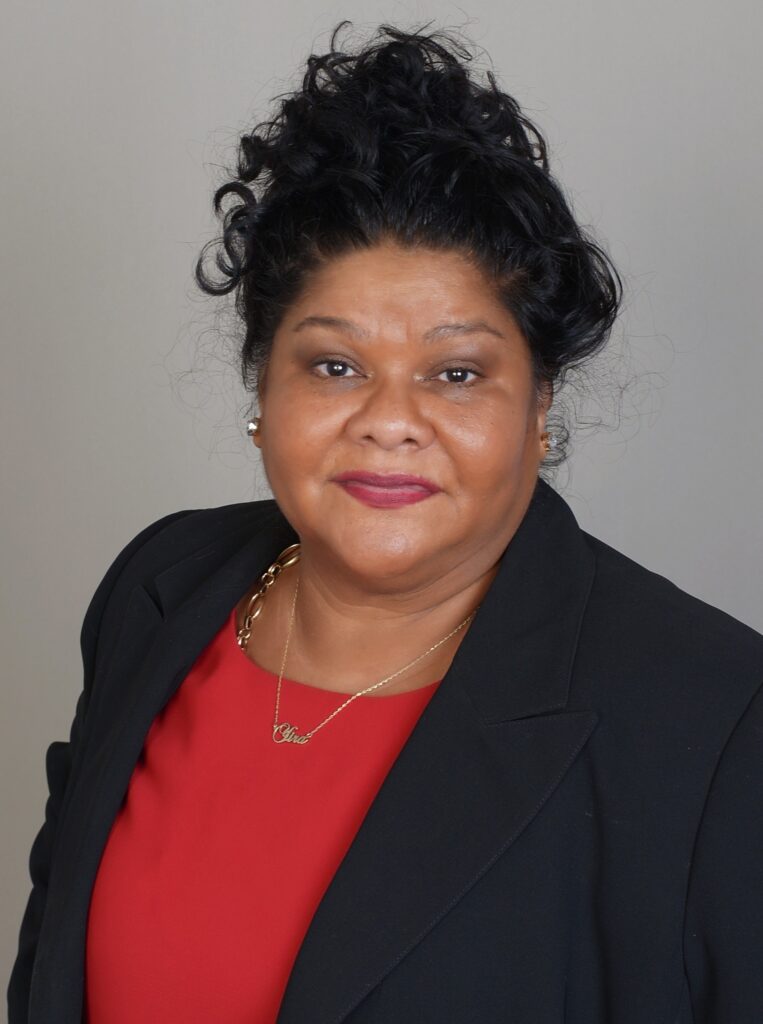 Yira Brimage has been appointed to serve as the vice president of Park University’s Gilbert (Ariz.) Campus, effective Nov. 15. In her role as vice president, Brimage holds the top leadership position for the University’s Gilbert Campus and she is a member of the University’s executive leadership team. She is responsible for leading the strategic growth and operations of the campus, including academic programming, market development, community relations, fundraising, enrollment growth, student services, student academic support, student engagement, and athletic program development and growth.

Highlighting the selections was Parkville Campus women’s volleyball player senior Nada Meawad being named as the Heart of America Athletic Conference Player of the Year and Attacker of the Year, both for the second straight year. All told, it is the fourth season Meawad has been named conference POY (two years were a part of the American Midwest Conference) and fifth consecutive season as a first team all-conference pick (three years in the AMC). In addition, Mike Talamantes was named the HAAC Coach of the Year for the second straight year. Joining Meawad on the all-conference first team was her twin sister, Noura Meawad, senior, and freshmen Vera Beltrame and Debora Bernardi. Read more at parkathletics.com/article/3577.

Nada Meawad was also selected as the Midwest Sports Net 2021 NAIA Player of the Year.

Park University’s undergraduate research journal, The Navigator, is accepting submissions for its next volume. All Park undergraduate students can submit their academic writing from any discipline from the 2021 calendar year for possible publication. Projects that can be read/viewed in print and online are encouraged. Images are acceptable as long as they can be printed in black and white or grayscale. You may also use the citation style most appropriate for your project.

Submissions can be sent to navigator@park.edu by Friday, Dec. 31, and must include your name, Park ID number, title of the project, the course and instructor for which the project was produced and a short description of the assignment. The best writing published in this edition The Navigator will receive an award and a $50 Amazon gift card.

A documentary that followed three high school student-athletes who traveled daily from Ciudad Juárez, Mexico, to attend high school in El Paso, Texas, including Park University Gilbert (Ariz.) Campus baseball player Francisco Mata, is scheduled to be released on Amazon Prime and Apple TV this month. The documentary, “Home + Away,” which was featured at the Tribeca Film Festival in 2018 (when Mata was a senior at Bowie High School), features three students who had an unusual commute — over the bridge and across the border that separates their hometown from their school. The film follows the students as they navigate academics and athletic competition, while also contending with language barriers, a school in need of greater funding and familial strife. The trailer for the documentary can be viewed at youtube.com/watch?v=ntT-y47jwoA. 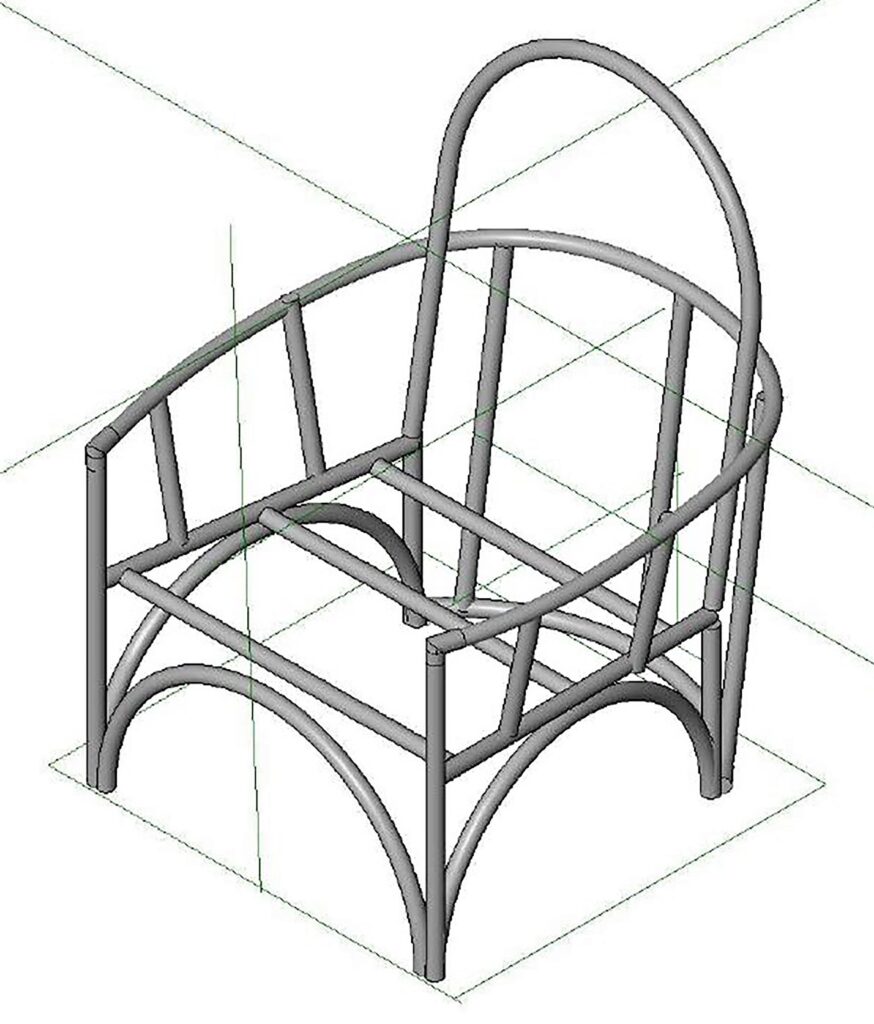 Kristin Whiteley, assistant professor of accounting, was a panelist for a session on “Trends in Accounting Teaching: Traditional vs. Nontraditional Accounting Students” at the Missouri Association of Accounting Educators Conference on Nov. 5 in Osage Beach, Mo.

Tami Radohl, Ph.D., associate professor and chair of social work, presented a session on “Building Community During COVID-19: Lesson’s During Transitions to Blended and Online Learning” during the Council on Social Work Education’s annual meeting on Nov. 6 in Lake Buena Vista, Fla.

Samantha Quinn, Ph.D., assistant professor of communication studies, was a co-author on the article “Effects of Mediated Communication on Conflict Behavior, Resolution and Affect in Romantic Couples” that was published in the Journal of Social and Personal Relationships on Nov. 8. The findings of the study highlight the utility of examining both positive and negative conflict behaviors in mediated conflict and suggest that future research should further examine when and how participants compensate for a lack of nonverbal cues in mediated conflict.

Park University was well-represented at the Accreditation Council for Business Schools and Programs Region 5 Conference hosted on the University’s Parkville (Mo.) Campus on Nov. 30. A presentation by Susan Keim, Ph.D., assistant professor of public administration, and James Vanderleeuw, Ph.D., professor of public administration and director of the Hauptmann School of Public Affairs, was selected as the “Best of Region 5.” The presentation, “What Increases Acceptance of Online Learning Among College Students,” will represent the region at the International Best of Regions competition during the ACBSP Conference in June 2022 in Washington, D.C. In addition, a presentation by students Eric Navarrette, graduate student in the Master of Healthcare Administration program, and Douglas Washington Jr., junior management/healthcare major, was selected to represent the region for the International Student Showcase Award at the national conference. Their presentation was on “Curricular Approach to Address Soft Skills Deficiencies.”

Park University’s Valor Medals Review and the George S. Robb Centre for the Study of the Great War were featured in the November issue of Northland Lifestyle, a Kansas City area regional magazine. Tim Westcott, Ph.D., associate professor of history and director of the Robb Centre, as well as Ashlyn Weber, Robb Centre associate director and Josh Weston, senior military analyst and senior European history major, provided information and comments for the story.

Behzod Abduraimov, International Center for Music artist-in-residence, was featured in Stir, a Vancouver, British Columbia, arts and culture magazine, on Nov. 5, in advance of a performance in the city on Nov. 9.

Command Sgt. Maj. (Ret.) Jeffrey Stitzel, ’03, was inducted into the Michigan Military and Veterans Hall of Honor during a ceremony in Lansing, Mich., on Nov. 19. Stitzel was highlighted on Nov. 7 during the Veterans Radio program (Stitzel feature starts at approximately 14:00).

Matt Harris, Ph.D., assistant professor of political science, was interviewed for stories that aired on KMBZ-FM in Kansas City on Nov. 12 related to how Missouri Senate races could be affected based on the outcome of the overturn of a conviction of a man who has spent 40-plus years in prison for a triple murder local prosecutors say he did not commit.

Harris was also interviewed by WDAF-TV in Kansas City on Nov. 22 for stories related to legislators in Kansas having a special session on COVID-19 vaccine mandates.

Park University was highlighted in The Kansas City Beacon on Nov. 18. The story was related to KC-area colleges/universities requirements of ACT/SAT scores for admissions. Andrew Davis, senior director of enrollment and student success, provided comments for the story.

Mara Cohara, a member of Park University’s Board of Trustees, was featured in the November edition of Ingram’s, a Kansas City business magazine, as part of its WeKC – Women Executives Kansas City 2021 list. Cohara is an attorney with Lathrop GPM in Kansas City where she is a member of the firm’s Executive Committee and leader of the Environmental and Tort Practice Group.

ECCO Select, led by its president and founder Jeanette Prenger, ’09, the immediate past chair of Park University’s Board of Trustees, was ranked No. 9 on Ingram’s list of the top area women-owned businesses and No. 4 on the list of top area minority-owned businesses, both based on 2020 gross revenue.

Steve Youngblood, associate professor of communication arts and director of the Center for Global Peace Journalism, provided comments for a story on the importance of peace journalism that appeared on the International Journalists Network website on Nov. 19.

Park University and the Kansas City Chiefs recognized Alaric Deeds with a $10,000 Gold Star Memorial Scholarship prior to the Chiefs game against the Dallas Cowboys on Nov. 21. Deeds’ father, U.S. Marine Corps Lance Cpl. Roger Deeds, was killed in action in Iraq in 2005 when Alaric was just 16 months old. A story that aired on KMBC-TV that evening included video of Vince Clark, Park’s Board of Trustees chair, presenting a check to Alaric. In addition, as part of the halftime festivities, Casi Joy McCall, ’12 (who goes by the stage name Casi Joy), performed “God Bless America.”

Shannon McPherson, ’08, was featured in the Fulton (Mo.) Sun on Nov. 21 as part of the newspaper’s “Kith and Kin” column. McPherson is the director of Kingdom Ministries’ Faith Maternity Care of Mid-Missouri, a nonprofit that provides housing and other assistance to young mothers.

Joshua Lewis, a former Park University student, was featured in The Kansas City Star on Nov. 21. Lewis created the Up Down Night Life app. The article also included a photo of Kirby Appollis, ’16, who works for the app.

A story focused on Kohtaro Goto, who is set to play men’s soccer for Park University’s Gilbert (Ariz.) Campus, appeared in the Marianas Variety, a newspaper in Saipan, Northern Mariana, Micronesia, on Nov. 22.

Danielle Theiss, director of library services, was featured as the Member of the Month for the Distance and Online Learning Section of the Association of College and Research Libraries.

Mark Noe, Ph.D., director of the Master of Arts in Communication and Leadership program, chair of the Department of Communication, Journalism and Public Relations, and professor of communication arts, appeared on the podcast “Dropping Jewels in Kansas City with Morgan” on Nov. 23 to talk about Park University.

Park University is ranked No. 4 among the largest Kansas City-area colleges and universities, as ranked by total local Fall 2021 enrollment, according to rankings published in the Kansas City Business Journal on Nov. 19.

In addition, OnlineSchoolsGuide.net ranked Park University No. 4 on its Top 10 Online Associates in Construction Management for 2022 list.