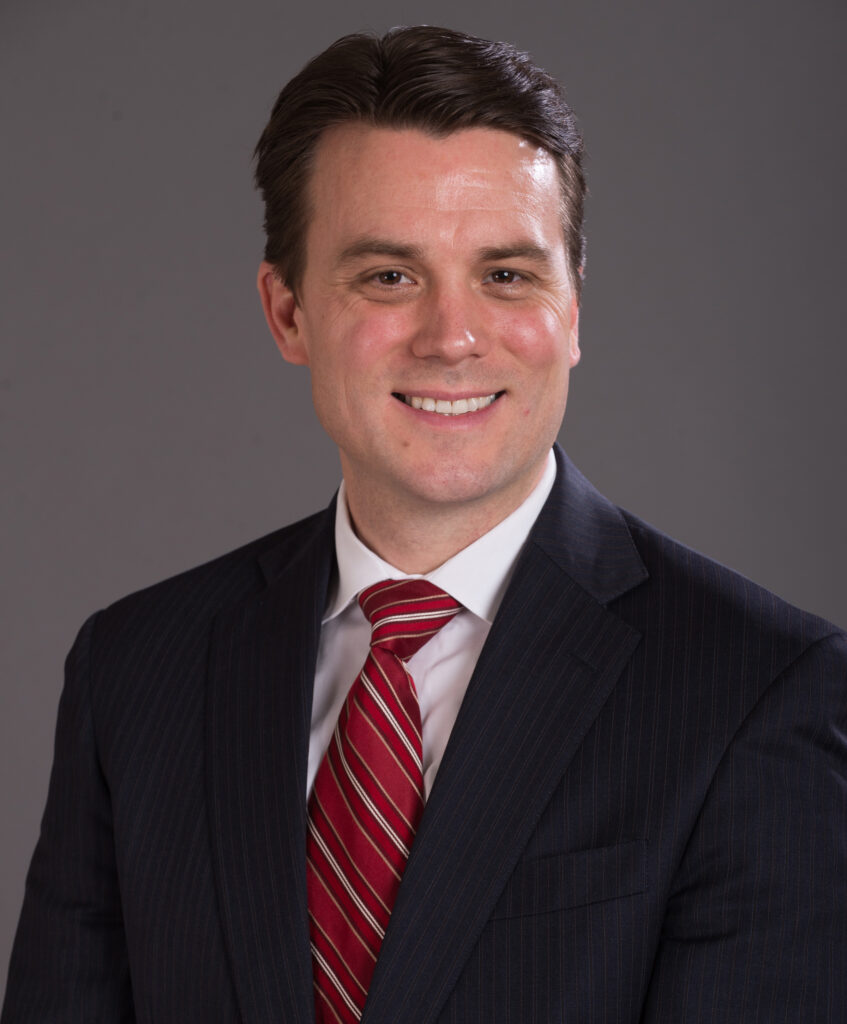 Park University’s Board of Trustees has appointed Shane B. Smeed to serve as the University’s interim president, effective Jan. 1. Prior to becoming interim president, Smeed served the University as its acting president for six weeks after previous president Greg Gunderson, Ph.D., assumed the role of president emeritus. Before his recent appointment, Smeed served as Park’s vice president and chief operating officer since September 2015, providing strategic and tactical leadership to more than half of the University’s staff in the areas of enrollment management, student success, financial aid services, marketing, student engagement, athletics and campus center operations. In all, Smeed has more than 20 years of progressive experience in higher education.

Smeed maintains a strong commitment to a “Park United” and leading a University that celebrates diversity, serves a growing student body and earns recognition from its faculty and staff as an employer of choice. Smeed believes that Park’s motto, Fides et Labor (Latin for faith and work), can inspire students, faculty and staff to achieve all their goals. Read more about Smeed at park.edu/news/smeed-appointed-interim-president. 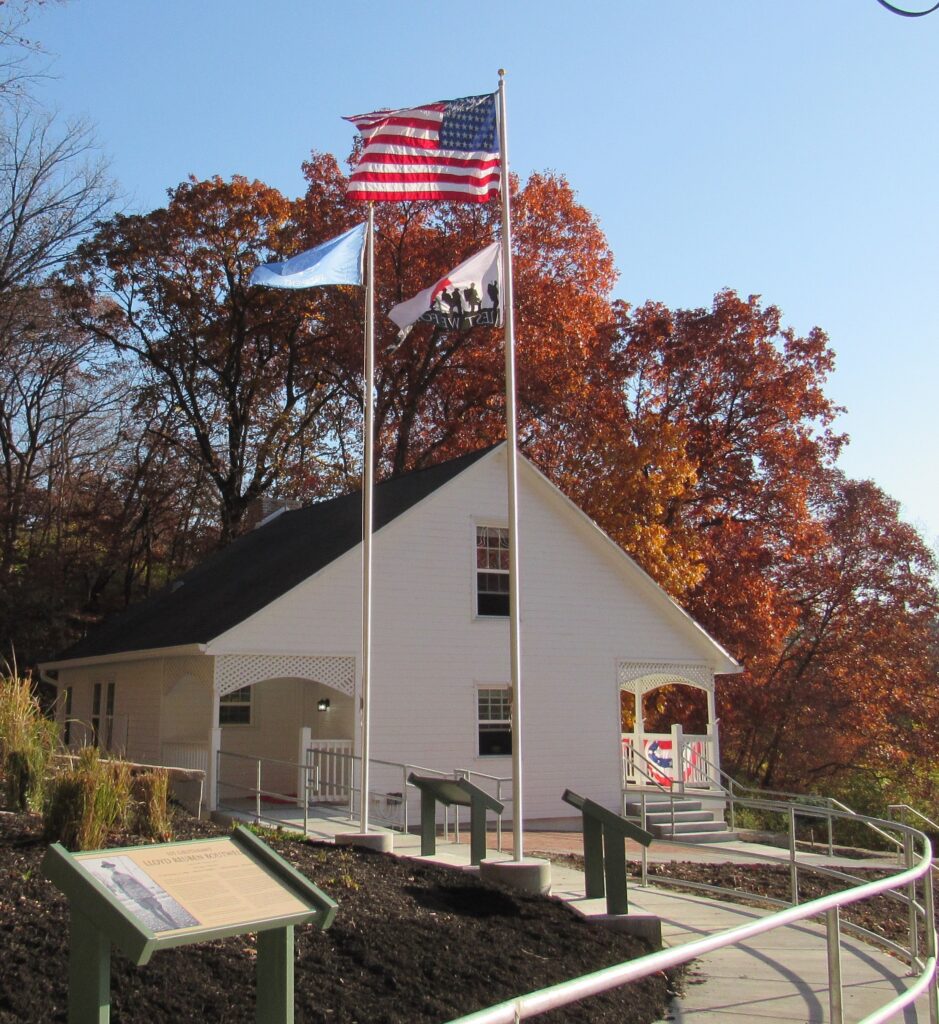 Park University’s George S. Robb Centre for the Study of the Great War, located within Park House on the flagship Parkville (Mo.) Campus, has opened the 1st Lt. Lloyd Reuben Boutwell Courtyard on its grounds. The site is named in honor of Boutwell, Class of 1911, and is the new location for the University’s two Medal of Honor plaques recognizing 1st Lt. George S. Robb (World War I), Class of 1912, and Capt. Lewis Millett (Korean War), Class of 1963, for their military service.

As a student, Boutwell was junior class chaplain, president and treasurer of the Lowell Club, president of the Oratorical Association, manager of the Glee Club and a trombonist in the band. Following his attendance at Park, Boutwell graduated from Washington University Medical School in 1916 and began his practice at General Hospital in Kansas City, Mo. He was inducted into the Army Medical Corps and assigned to the 314th Engineers in 1918. Boutwell died Nov. 14, 1918, six days after being injured in combat.

The Missouri Department of Higher Education and Workforce Development has partnered with the Department of Social Services and seven of Missouri’s postsecondary institutions across the state, including Park University, to make social services easily accessible for college students and staff. This pilot program enables DSS to have a member of the department’s Family Support Division team on the Parkville Campus one day a week to serve and support the needs of students and staff.

Students and staff at these colleges (who are residents of Missouri) can apply for the Supplemental Nutrition Assistance Program, Medicaid, child care or temporary assistance benefits by scheduling an appointment through the campus. Students/staff who have general questions can e-mail studentassistance@park.edu or call the Office of Student Life at (816) 584-6377. To schedule a virtual meeting, visit parkstudentlife.youcanbook.me. More information about the program can be found on the MDHEWD’s website.

Submit Your Best Writing to Park’s New Journal: The Navigator

Have you spent hours researching, writing and revising an academic research paper? Creating an amazing writing project for one of your courses? After spending hours navigating the rough waters of rigorous academic work, it’s time to celebrate and share your best writing. If you’re an undergraduate student at Park University, you can submit your academic writing for potential publication in Park’s first issue of The Navigator. Publication is a great way to share your work while adding a boost to your résumé. The best writing of the year will also receive an award and a $50 gift certificate to Amazon. For full details, visit park.edu/news/navigator-publication.

Next Episode of Office of University Engagement’s #SuccessSeries

Park University’s Office of University Engagement kicked off its new #SuccessSeries this fall. These short documentary videos focus on Park alumni who have succeeded in their professional field. The second episode released in mid-December focuses on Cynthia Levin, ’77, producing artistic director of the Unicorn Theatre in Kansas City, Mo., who discusses her life’s work, how Park has influenced it and how her Jewish heritage provides a through line. 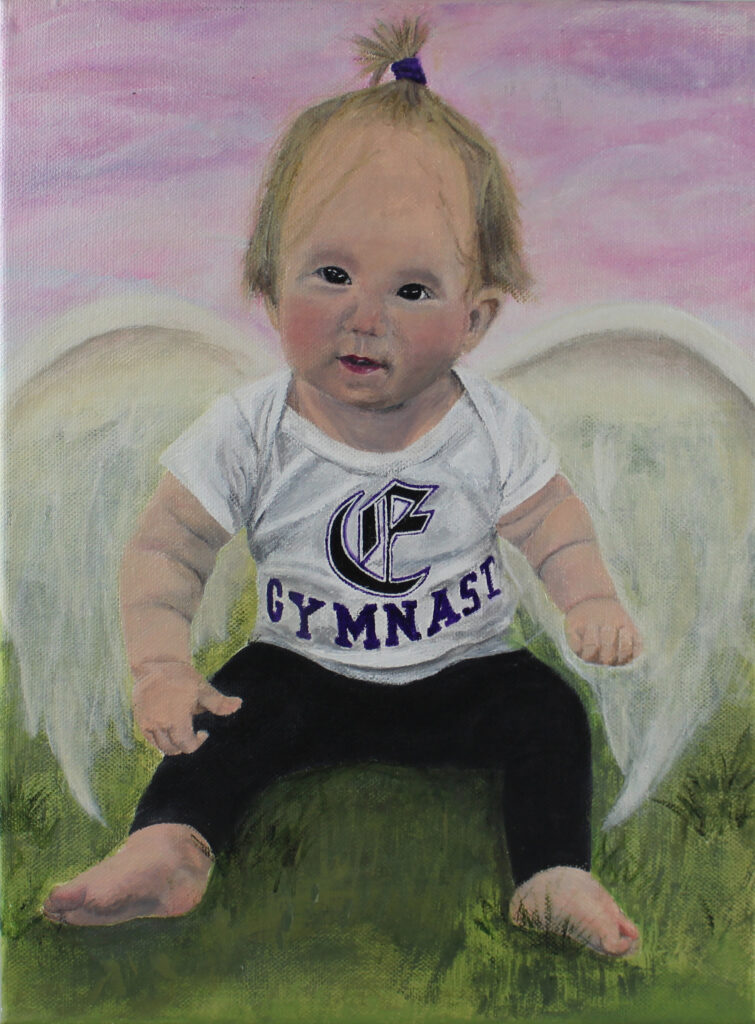 Five Park University seniors are displaying their work as part of an exhibit in the Campanella Gallery (located within Norrington Center) on the Parkville Campus. The exhibit, on display through Friday, Feb. 26, features the work of: Sadie Johnson, fine art major; Mary Locke, education/K-12 art major, and Ketzia Madera, Courtney Ross and Claire Walsh, fine art and graphic design majors.

Justin Lero, a Park University graduate student pursuing a Master of Business Administration degree in project management, was honored by the University during the Kansas City Chiefs game against the Carolina Panthers on Nov. 8 as part of the Salute to Scholars platform. He has served 13 years in the Kansas National Guard and is an Army ROTC cadet. Lero will be commissioned as a second lieutenant in the Army upon graduation.

The University also recognized Sadie Pitts with a $10,000 Gold Star Scholarship, which is presented to surviving family members of the military who have died in action since Sept. 11, 2001. Sadie is a senior at Pleasant Ridge High School in Easton, Kan. Her brother, Cpl. David Unger, was killed in action in Iraq in October 2006 when Sadie was 3 years old.

Ashley Jones, esports head coach, was named on EFuse Pipeline’s list of the “Most Impactful Women in Collegiate Esports.” Pipeline is an all-inclusive platform for high school gamers looking to pursue collegiate sports.

Donna Ehrlich, Ph.D., associate professor of computer information management, presented a session on “Self-Driving Vehicles Attitude Comparison Through Social Systems” at The Institute for Operations Research and the Management Sciences annual meeting held virtually on Nov. 10. She also served as a facilitator for sessions on higher education changes for technology classes and self-driving cars.

Amber Dailey-Hebert, Ph.D., professor of adult and organizational development and director of the Faculty Center for Innovation, served as a subject matter expert representing the U.S. delegation at the North Atlantic Treaty Organization’s Defence Education Enhancement Programme on COVID-19 distance learning best practices and lessons learned workshop, held virtually Nov 16-18, 2020. The global summit provided an opportunity for collaboration with global partners from defense education institutions, partnership training and education centers, and ministries of defense/foreign affairs. In addition, Dailey-Hebert, was featured in a professional development series by Academic Impressions on “Strategies to Effectively Engage Students in Online Learning: A Discussion of Best Practices” during the 2020 spring and fall semesters.

Gina Chambers, Ph.D., associate dean of the College of Education and Health Professions and assistant professor of education, provided comments for a story that aired on WDAF-TV in Kansas City on Nov. 2 related to “the COVID slide” — the thought that as virtual learning continues, parents worry that their children will fall behind.

Park University’s post-election event on Nov. 4, “The Day After: 2020 General Election Analysis,” featuring Harris and Jack MacLennan, Ph.D., assistant professor of political science, was featured on KMBC-TV in Kansas City, and a story on the event appeared in the Platte County (Mo.) Citizen on Nov. 19.

Harris was interviewed for a story that aired on KCTV on Nov. 5 related to varying state laws when it comes to mail-in and early voting ballots.

Harris was also interviewed for stories that aired on KMBZ-FM and WDAF-TV in Kansas City on Dec. 14. The KMBZ stories were related to the Electoral College casting its votes for the president of the United States, while the WDAF story focused on the possibility of “faithless electors” in the Electoral College reversing their intended votes.

Mtume Sangiewa, ’18, was featured in a student spotlight article that appeared in Harvard Law Today on Nov. 5. The story focused on the five years (2011-16) he spent serving with the U.S. Marine Corps on the presidential security unit that protects the president when he is aboard the official presidential helicopter.

Students in Park University’s International Center for Music have been featured in a new arts series, “KC Performs,” that has aired on KCPT-TV (Kansas City PBS) and Flatland (KCPT’s digital magazine) the past two months. The program is designed to help close the gap between audiences and artists during the COVID-19 pandemic. In the first installment, which premiered on Nov. 12, violinist and ICM graduate student Orin Laursen is featured, performing “Havanaise” with ICM collaborative pianist Lolita Lisovskaya-Sayevich. In the second installment, which aired on Nov. 19, violinist and IMC graduate student Igor Khukhua and pianist Evangeliya Delizonas-Khukhua, ’20, were featured. On Dec. 23, Kenny Broberg, pianist and ICM graduate student, was the featured performer, playing “Fairy Tale.” On Dec. 28, Anastasia Vorotnaya, pianist and ICM graduate student, performs “Piano Sonata No. 2, Op. 36, 3rd Mov.” by Sergei Rachmaninoff.

Lisa Hickok, executive director of the International Center for Music, was featured in a story that appeared on the Kansas City Ballet’s website on Nov. 13. The article focused on Hickok’s lifelong association with the Ballet.

ECCO Select, led by Jeanette Prenger, ’09, president and founder, and chair of Park University’s Board of Trustees, was ranked No. 5 on Ingram’s (a Kansas City business magazine) list of the top area minority-owned businesses, and No. 11 on Ingram’s list of top area women-owned businesses, both based on 2019 gross revenue, in the November issue.

Lisa McCormick, ’83, an investigative producer at WDAF-TV in Kansas City, led an investigation that found a growing number of military servicemembers struggling with food insecurity.

Kenny Broberg, graduate student in the International Center for Music, was interviewed for stories that aired on KMBZ-FM in Kansas City the morning of Dec. 9 in advance of a virtual concert he performed that same night.

Dawn Warner, ’14, was featured in a Dayton (Ohio) Daily News “Inspire Dayton” article on Dec. 16. Warner, who said she struggled to balance work, family and school, is the apprenticeship project manager in the Office of Work-Based Learning at Sinclair Community College in Dayton.

A feature story about Freddie Johnston, ’79, who passed away on Dec. 14 following a diagnosis of COVID-19, appeared in the Abilene (Texas) Reporter-News on Dec. 19. Johnston was a nurse practitioner who was “like a grandfather” to those he cared for.

Park University and Parkville, Mo., were the focus of a “curiousKC” story that appeared on the Flatland website (an online publication of Kansas City PBS) on Dec. 21. The article, “Parkville Reckons with its Storied Past – The Evolution of Black Life in Little Dixie,” including comments from Tim Westcott, Ph.D., associate professor of history and associate university archivist.

A story focusing on Rori Martinez, who signed a letter of intent with Park University’s Gilbert (Ariz.) Campus to play women’s volleyball, aired on KYMA-TV in Yuma, Ariz., on Dec. 22.

Bob Kendrick, ’85, and the Negro Leagues Baseball Museum in Kansas City, Mo., (where Kendrick serves as president) was the focus of a column that appeared in The Kansas City Star on Dec. 25. The article also announced that Kendrick had been named The Call’s (a Kansas City newspaper that serves the Black community) inaugural Person of the Year.

Note: When these events are rescheduled (if applicable), they will be updated in the University’s online calendar. To view a comprehensive schedule for all events, including athletics and student life, visit park.edu/calendars/park-events-calendar.