In December, the Missouri Department of Higher Education and Workforce Development awarded Park University a $999,508 Private MoExcels grant via the American Rescue Plan Act. The grant will fund a project titled “Boosting State Economic Recovery through Adult Learner Pathways to Careers in Health Care.” The funds will allow the University to scale up its new certified medical assistant program that was recently launched in partnership with North Kansas City (Mo.) Hospital, as well as to support research and development of additional health care pathway programs, outreach and recruitment efforts, student support services, professional and curriculum development, and facilities and equipment.

Separately, Park University and the University’s McAfee Memorial Library received a $10,000 grant from U.S. Bank to purchase 150 recently published financial literacy e-books. Park’s U.S. Bank Financial Wellness Collection, available to all Park University students, faculty and staff, is pertinent from the perspective as a personal finance consumer, as well as a student using the books for coursework or research. 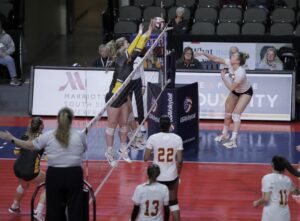 Park University’s flagship Parkville (Mo.) Campus women’s volleyball team concluded a successful season at the NAIA National Championships in Sioux City, Iowa, in early December. The No. 13 Pirates, 29-6 on the year, won their opening round match and two pool play matches, including an upset of No. 4 Concordia University (Neb.), before losing to No. 5 Corban University (Ore.) — the eventual national runner-up — in the national quarterfinals. For recaps of Park’s matches in the national tourney, visit parkathletics.com/sport/0/15.

Park’s Gilbert (Ariz.) Campus women’s volleyball team also advanced to the national tournament, but bowed out in the opening round to No. 17 Marian University (Ind.), a team that also played in the national quarterfinals. The Buccaneers went 24-11 on the season. Read a recap at gilbert.parkathletics.com/article/1300.

Malaina Hensley, Parkville (Mo.) Campus women’s volleyball senior outside hitter, was named a first team All-American by the NAIA and as a first team NAIA-American Volleyball Coaches Association All-American on Dec. 9. In addition, Hensley was selected as the NAIA-AVCA Midwest Region Player of the Year. Hensley averaged 3.04 kills and 3.48 digs per set during the season. It was the sixth time in the last seven years (and third straight year) that a Park player earned the NAIA-AVCA Player of the Year honor.

Hensley was joined on the All-Midwest Region team by sophomores Jullia Alvarez, setter, and Debora Bernardi, opposite hitter. In addition, Bernardi was selected as a third team All-American by both organizations, while Alvarez an honorable mention pick for both.

Benny Lee Appointed to Park’s Board of Trustees

Park University’s Board of Trustees has elected Kansas City area businessman and entrepreneur Benny Lee to serve a term on the board through June 30, 2025. Lee is no stranger to Park’s Board of Trustees as he served on the board for nine years from May 2003 through June 2012, including three years (2007-10) as its treasurer. In addition, he was instrumental in helping start Park’s International Center for Music in 2003. Read more about Lee at park.edu/news/benny-lee. 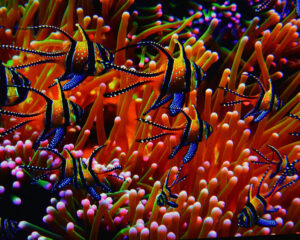 An exhibit of photography by William Eickhorst, Ed.D., a former adjunct instructor of fine/visual art at Park University, will be featured in the Campanella Gallery beginning Monday, Jan. 9, through Friday, Feb. 24. Admission to the Gallery, located within Norrington Center on the University’s flagship Parkville (Mo.) Campus, is free. A reception for Eickhorst will be held on Sunday, Jan. 15, from 2 to 4 p.m. in the Gallery.

Eickhorst said that since his retirement from full-time teaching in 2006, he has been able to devote considerably more time to photography. In his artist statement, he said, “As you wander through the exhibit, it is clearly evident that I do not have a distinct personal style or a favorite genre. I find the pursuit of a ‘distinctive’ style to be a self-imposed restriction and I prefer to work with many different photographic categories, especially wildlife, landscape, nature and fine arts types of imagery. Sometimes the initial capture is the finished product, other times it becomes a starting point for post-production explorations.” 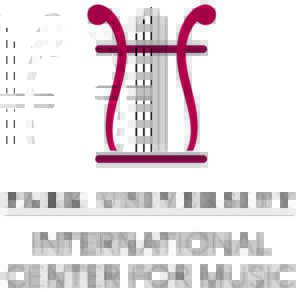 Admission to the Feb. 17 concert is free. Admission to the concerts at the 1900 Building is $30 for adults and $10 for students with I.D. For complete information on these and other upcoming concerts, visit icm.park.edu/events-performances. 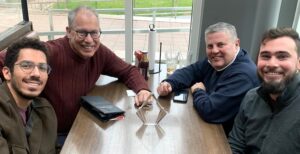 Park University’s Office of Strategic Communications was honored by the Greater Kansas City Chapter of the Public Relations Society of America as its 2022 PR Team of the Year on Dec. 9. The award recognizes public relations and/or communications teams for its achievements. This was the first time in the GKC-PRSA’s history that a higher education team was honored. The office, which is led by Erik Bergrud, chief strategic communications officer, also includes Brad Biles, director of communications and public relations; Damian Gonzalez, digital storytelling coordinator; and Felipe Chagas, graduate assistant.

Adrian James, Ph.D., associate dean of Park University’s College of Management and associate professor of management, was elected to the board of directors for the Platte County (Mo.) Economic Development Council.

Colton Peavler, a Park University student pursuing a Master of Healthcare Administration degree, was recognized as part of the University’s Salute to Scholars program during the Kansas City Chiefs game on Nov. 13. A story about Peavler’s honor appeared on NEMoNews.net on Dec. 2.

Park University’s Valor Medals Review Project, being conducted by the University’s George S. Robb Centre for the Study of the Great War, was highlighted in a story that appeared in the Northwest Arkansas Democrat Gazette on Dec. 5. The article was related to work being done by the University of Arkansas at Little Rock’s Sequoyah National Research Center, which is partnering with the Robb Centre to research Native American soldiers who may have been denied the Medal of Honor in World War I due to race.

Matt Harris, Ph.D., assistant professor of political science, was interviewed for a story that aired on WDAF-TV in Kansas City on Dec. 8 focused on Missouri U.S. Sen. Josh Hawley saying he currently is not interested in running for president.

Harris also authored an article that appeared in The Conversation on Dec. 9 related to Democrats narrowly controlling the U.S. Senate and Republicans the U.S. House of Representatives.

Adrian James, Ph.D., associate dean of Park University’s College of Management and associate professor of management, participated in a 30-minute interview for DannyClinkscale.com on Dec. 16 to discuss her background and the four years she spent living in Qatar.

Staci Balcaen, adjunct instructor of communication arts, and Josey Jenkins, director of Park University’s F.E. Warren Air Force Base (Wyo.) Campus, were both named to the Wyoming Business Report’s “30 Under 40” list in December, which celebrates young people who are shaping the future of Wyoming.

Madison Chappell, a junior guard on the Park University Gilbert (Ariz.) Campus women’s basketball team, was featured in an article that was published in the Navajo Times on Dec. 22.

A story about Jakib Jones, ’22, a former member of the Park University Parkville (Mo.) Campus men’s soccer team, was published in the Platte County (Mo.) Citizen on Dec. 27. Jones was drafted by the Kansas City Comets in the third round of the Major Arena Soccer League’s inaugural college draft earlier in the month.

Matheus Teles, ’21, authored a guest commentary published in The Kansas City Star on Dec. 31 (in print on Jan. 1) on the passing of soccer legend Pelé. Teles was born in Santos, Brazil, where Pelé began his career.

ECCO Select, led by Jeanette Prenger, ’09, president and founder, and immediate past chair of Park University’s Board of Trustees, was ranked No. 4 on Ingram’s (a Kansas City business magazine) list of the top area minority-owned businesses, and No. 7 on Ingram’s list of top area women-owned businesses, both based on 2021 gross revenue, in the November issue.

In addition, Prenger and her husband, Kevin, were featured in the November issue of Ingram’s in a “Better Together” section that highlighted couples who chose each other as business partners.